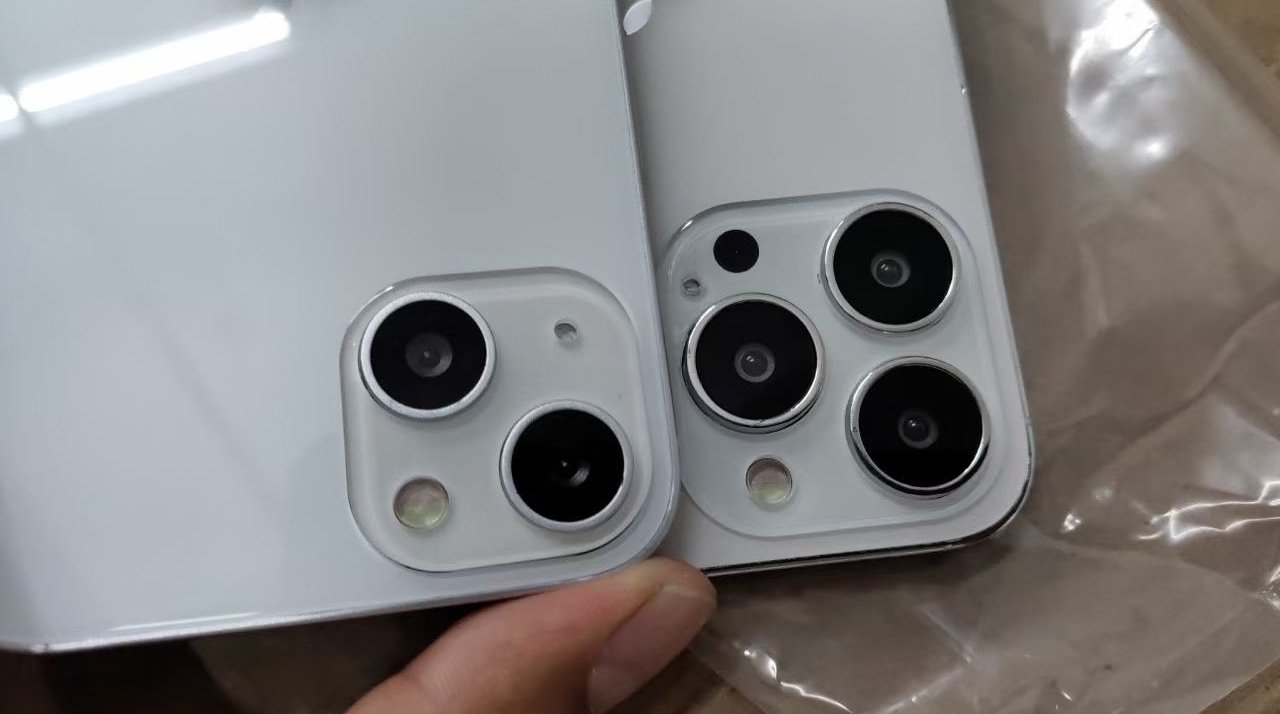 A new series of dummy "iPhone 13" models have appeared showing a rearranged camera module — but contrary to rumors, the notch is the same size.

Following the recent leak of an image purporting to show four dummy mockups of the next iPhone, a separate new series of images appears to confirm details of a new camera placement.

The new images are from leaker DuanRui, who was recently asked to stop by Apple lawyers. DuanRui has previously been accurate about leaks, including ones regarding case colors.

These latest images appear to show the rear of both "iPhone 13" and the "iPhone 13 Pro." Most significantly, the "iPhone 13" shows that the camera module has been rearranged to position its two lenses diagonally.

Unlike the previous dummy leak, this set of images includes one that shows the front of one of the models. While not clear, it does not appear to match the smaller notch that was shown in a previous 3D-printed dummy.