How to Use Your Apple Watch Without Its Force Touch Features 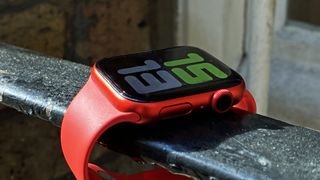 Apple's watchOS platform, more than any other, feels like a bit of a testing ground, and features tend to be added and removed fairly regularly (remember being able to "time travel" with a turn of the Digital Crown?) - and now Force Touch has been cut out of watchOS 7.

Still, we perhaps should have expected it given 3D Touch was removed from the iPhone, but that may have left users wondering just what they can use to replace the pressure-sensitive input method.

Luckily, we've put together this guide to help you forget all about Force Touch.

To mitigate its loss, Apple has tried to change the OS to work around its absence, using a combination of long-presses, menus, and new buttons altogether. Here's how to do some of the most common things without Force Touch on watchOS 7.

With Apple Watch faces being the most customizable part of watchOS, you'll want to know how to edit yours. Simply long tap on the face to bring up the edit view.

Then you can hit edit to tweak your face as before or take advantage of the new watch face sharing feature in watchOS 7.

Once you've made your changes, tap the preview of the face to return home.

If you can't decide between the alphabetical app view or the "honeycomb" style of layout, then you may be wondering how to switch between the two.

Unfortunately, you'll now need to the Settings app on the watch, then navigate to "App View". Here you'll be able to opt for either the Grid or List views.

If you've not checked your watch in a while, you'll know the satisfaction of dragging notification centre from the top, and using Force Touch to clear all.

Unfortunately, you'll now have to scroll upwards (either with your finger or the Digital Crown) to find the "clear all" option.

Whereas before you could Force Touch your inbox to bring up a menu, you'll now need to scroll up to find the "New Message" option.

Use a new button

Some apps, like the camera remote, have an "Ellipses" button (...) that you can use to access extra features.

The camera remote is the only stock app that adds it, but third-parties have also added it.