Apple this morning introduced updated iPad Pro models with A12Z Bionic chips, dual camera setups, a new LiDAR Scanner for augmented reality, and a new Magic Keyboard accessory that adds a trackpad to the ‌iPad Pro‌ for the first time. 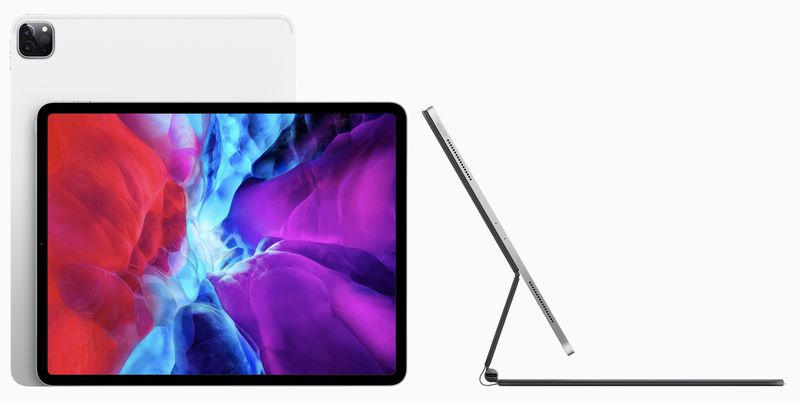 Based on code in iOS 13.4, there are also a couple other ‌iPad Pro‌ features that have remained hidden. According to 9to5Mac, the new ‌iPad Pro‌ models are all feature 6GB RAM and include Apple's Ultra Wideband chips.

With the 2018 ‌iPad Pro‌, the higher-capacity models with 1TB of storage were equipped with 6GB RAM, while the other models with lower storage capacities featured 4GB RAM. This year, the RAM has been upped and all models have the same 6GB of RAM available.

The new ‌iPad Pro‌ models also appear to have Apple's U1 Ultra-Wideband chip, which was first introduced in the iPhone 11, 11 Pro, and 11 Pro Max.

There is no mention of the U1 chip in the ‌iPad Pro‌'s feature list, and it's not clear why. 9to5Mac speculates that perhaps the features are not available at this time and will be enabled with a future software update.

The U1 chip is designed for indoor positioning, and Apple has likened it to "GPS at the scale of the living room." In the iPhone, Apple uses the U1 chip for AirDrop, allowing an ‌iPhone‌ with U1 chip to be pointed at another ‌iPhone‌ for directional file sharing.

It's believed that Apple's upcoming AirTag item trackers will also be equipped with U1 chips and will be able to be precisely located by devices that feature Ultra Wideband support.