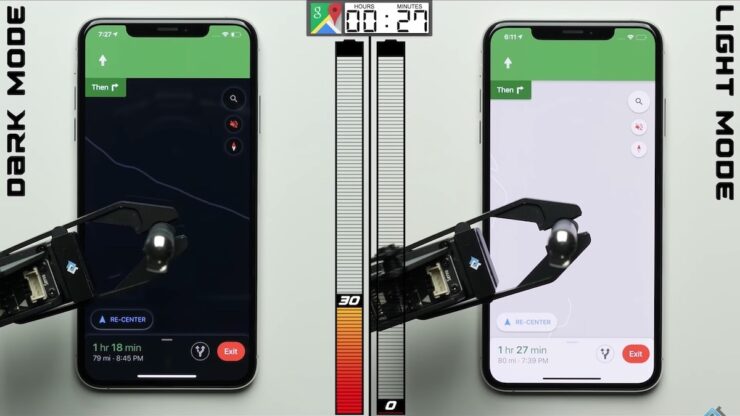 A new automated battery life test has shown that Dark Mode in iOS 13 can provide approximately 30% more battery life than Light Mode, on iPhones with OLED displays. The test was done using apps that support iOS 13's native dark mode, as well as Google's apps, which do not support a pure black theme, but a dark gray one.

The automated test was run by PhoneBuff YouTube channel, using robots. The robots followed a set of predefined tasks which included typing out a message, scrolling in Twitter, using YouTube and Google Maps. Two iPhone XS Max were used for the tests, and both were calibrated to the same amount of brightness which was 200 nits. Each of these tasks was performed on repeat for 2 hours each, and the drop in battery life was recorded.

These were the results in the end: 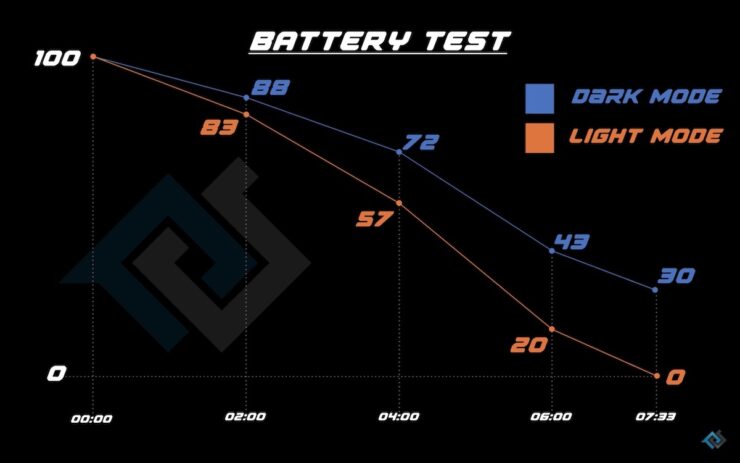 When you use black color on an OLED screen, it means that the pixel is powered off. This results in improved battery efficiency. This is why the difference between dark and light modes is so huge. Even though Google's apps do not use a black theme, like the rest of apps included in this test, even dark gray color brings battery savings, compared to a light color.

Note that even thought this test shows a 30% battery life improvement, your mileage may vary. The video also goes on to show that the differences in battery life were much smaller when brightness levels of 100 nits and 300 nits were used.