Apple Quality Pulled Jennifer Aniston back for 'The Morning Show'

Star of "The Morning Show" Jennifer Aniston believes that the quality of content on streaming services was a deciding factor on her return to the small screen for Apple. 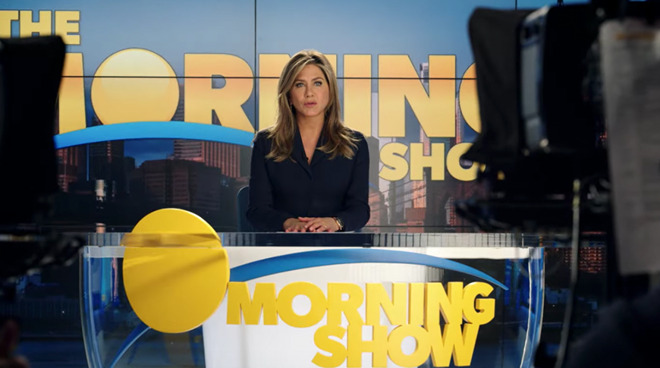 "The Morning Show" is Apple TV+'s upcoming newsroom drama series centered on the world of morning news. It takes a look at the lives and ambitions of those involved in helping America wake up. Set to debut on November 1, the show features Jennifer Aniston, Reese Witherspoon, and Steve Carell. Aniston plays Alex Levy who runs the show's titular news program. Her partner of 15 years, Mitch Kessler, played by Carell, is fired due to sexual misconduct. The series follows Alex as she attempts to retain her job as top newsreader amidst a rivalry with aspiring journalist Bradley Jackson, played by Witherspoon.

Jennifer Aniston sat down with Variety to discuss what it was like working on her first television series in well over a decade. In the interview, she discusses how the Me Too movement had shaped and changed the way "The Morning Show" was written. The show had originally been pitched prior to the height of the Me Too movement, which meant once The Today Show's Matt Lauer had been fired, the writers decided to take "The Morning Show" in a different direction."The show got picked up. We sold it to Apple with an outline. Then, about four months later, the whole s— hit the fan and, basically, we had to start from scratch," she told Variety.She discusses that while the characters and events in "The Morning Show" are meant to be fictional, they'd likely all be very familiar. "[The characters are] highlighting aspects of the archetype of a charming narcissist, of a generation of men that didn't think that was bad behavior. That's just the way it works. And men are flirts and women are coy and find it flattering," said Aniston. "And thankfully, with the sacrifices of these women who have come forward, this isn't going to happen anymore. It's wonderful that you're accountable and you have to check yourself."Aniston also delves into talking about the production of "The Morning Show." It was shot out of order, which made for long days, which she stated was a lot harder than filming something lighter, like Friends.As it turns out, Jennifer Aniston's big return to the small screen was brought about by the advent of streaming services. She notes that she was surprised by the amount of quality content that was coming out for streaming services like Netflix. She also expresses that she was worried about selling her show to Apple at first. The show was purchased when Apple "Didn't have walls yet or telephones," according to Aniston.