Apple logo Could be used for Notifications on Future iPhones Future iPhones could feature electronically-controlled decorative elements on the back of the case, giving users a way to further customize their smartphones, such as by changing the color of the Apple logo, as well as providing a way to alert device owners to notifications or other events.

In a patent application published by the US Patent and Trademark Office on Thursday, Apple seems to be considering the possibility of giving users more options, by adding color-changing elements to the back of their devices.

The patent application for "Electronic Devices with Adjustable Decoration" effectively describes how a decorative element can be added to a casing. This could take the form of a company logo, like the famous Apple, or another piece of trim along the edge. The decoration could consist of a transparent layer, which can include an adjustable optical component that changes how things seen through the layer appear. This can include the tint, a haze layer, a mirror layer, a thin-film interference filter using a dielectric stack, and color filters, giving a wide variety of different effects and opacities. 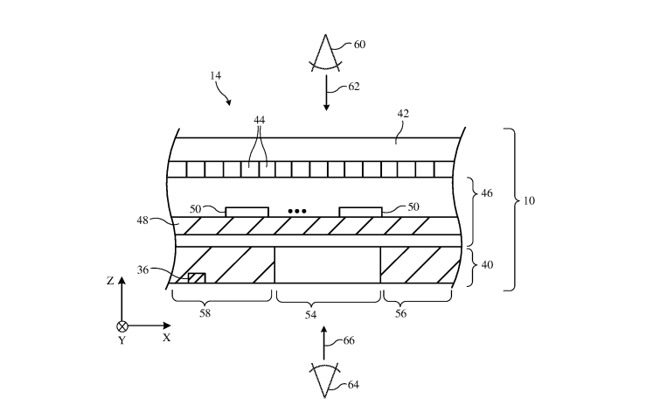 Apple files many patent applications on a weekly basis, but while the filings show areas of interest for Apple's research and development efforts, they do not necessarily translate into functions in a future product or service. The idea of personalizing a device isn't new, as evidenced in other patent filings for the Apple Watch.