As anticipated, Apple CEO Tim Cook was among a number of tech executives who attended a summit with U.S. President-Elect Donald Trump on Wednesday, securing a close seat on the 25th floor of Trump Tower in New York City. 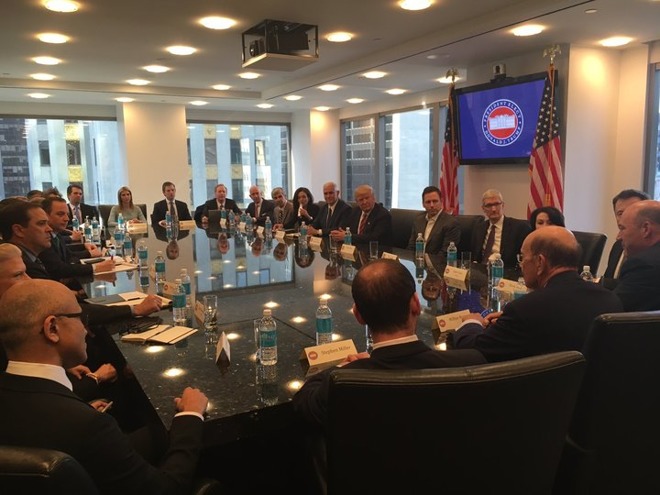 While most of the details of the summit are still secret, Trump promised the room's business elite that he would "make fair trade deals," and "make it a lot easier for you to trade across borders" with fewer restrictions.

A number of the people present have been openly critical of Trump and/or his political positions. Trump, in fact, attacked Apple during his election campaign, arguing that it should bring manufacturing back to the U.S., and calling on supporters to boycott the company over its refusal to write a backdoor into the iPhone of San Bernardino shooter Syed Rizwan Farook.