The U.S. Patent and Trademark Office today granted Apple a patent that describes a display capable of reading a user's fingerprint without a dedicated Touch ID sensor. The patent is interesting given current rumors swirling around the iPhone 8, which is expected to do away with the home button and integrate Touch ID directly into the display, but perhaps more noteworthy is the patent IP's re-assignment from LuxVue, a little-known company acquired by Apple in 2014 that developed low-power microLED-based displays. 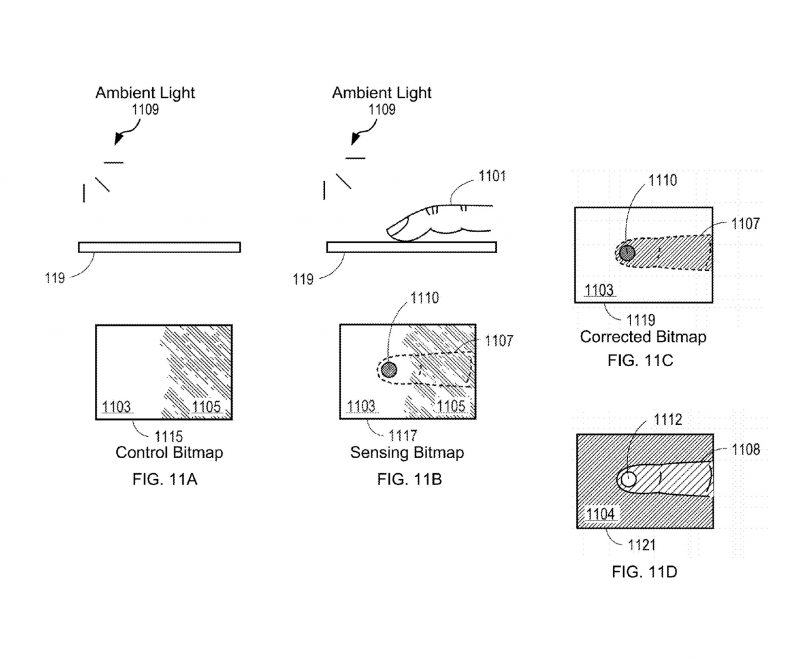 Titled "Interactive display panel with IR diodes", the patent details a touch display that uses specifically microLED-sensing technology, rather than the traditional active matrix hardware utilized by most consumer smartphones and tablets. The technology replaces larger capacitive sensors with smaller infrared light emitters and sensors, which sit alongside the RGB LED display substrate or on a microchip mounted to the substrate. These "interactive pixel" formations can then be calibrated to perform any number of functions, including ambient light sensing, proximity detection, and notably complex touch detection, which works by bouncing infrared light off a user's finger and back to the sensing diodes. In the latter operation, specific rows – or a whole portion of the display – scan for a user's finger, which generates a proximate positioning bitmap to inform the system of the target's location and immediate surround. Bitmaps can include data like the intensity of incoming light, enabling a deeper analysis of the object and its surface curvature – dark and bright spots corresponding to the ridges and grooves of a fingerprint, for example. 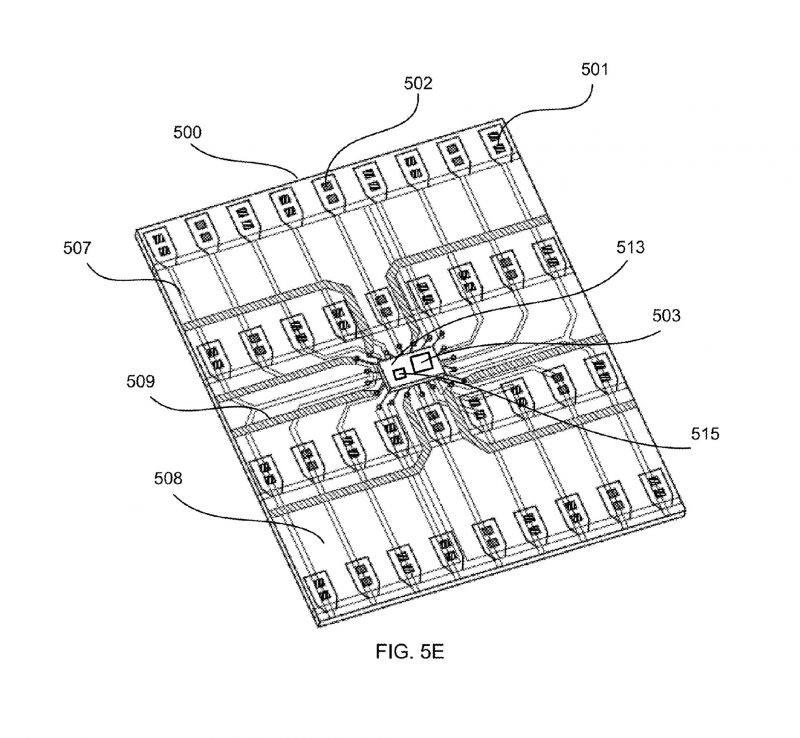 The patent describes a couple of embodiments for the technology, including a microLED display with a higher density of interactive pixels in certain areas of the screen, such as where a virtual home button may be located. Alternatively, said pixels may ramify throughout the display in sufficient number as to make fingerprint identification on any portion of the screen a possibility. Apple has explored other systems for enhancing display fingerprint recognition in the past. As with all patents though, the standard qualification applies: Apple may deem the LuxVue invention surplus to its upcoming product requirements. However, on its own, the system goes to show that reliable fingerprint identification does not necessarily rest on Touch ID alone. With rumors suggesting Apple may incorporate iris scanning into the iPhone 8, the security implications of dropping Touch ID's focused capacitive drive ring altogether may not be so great after all.