The first feature, and likely one of the most important additions to the Apple Watch, is SiriKit support. Introduced in iOS 10, SiriKit allows third-party developers to access Siri, enabling users to use Siri to complete actions like book rides in Uber or Lyft, send a message in WhatsApp, or send a payment with Venmo, etc. Seeing as how SiriKit support was just introduced with the Apple Watch, it will take quite some time for developers to build Siri functionality into their apps. Support for SiriKit was an important addition to iOS, however, and will likely prove to be a great addition to watchOS, as well. 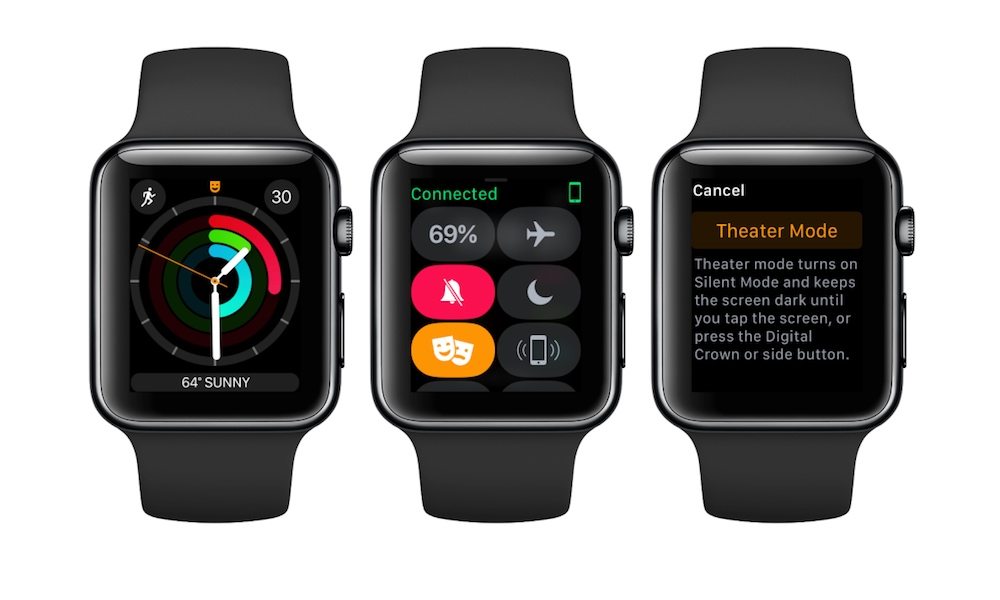 In addition to SiriKit support, watchOS 3.2 beta 1 also introduces “Theater Mode” to the Apple Watch. Originally thought to premiere in the first beta of iOS 10.3, Theater Mode is designed to allow users to quickly mute the notification sounds on the Apple Watch while simultaneously disabling the Raise to Wake function, making the watch more suitable for environments such as a movie theater where notification sounds or the light from the screen could prove distracting.

Seeing as how the first beta version of watchOS 3.2 was just released, it will likely be quite some time before the official watchOS 3.2 update rolls out. There is no definite release date at the moment, although some are speculating that Apple will release the update this coming March.