Apple and Major League Soccer today announced that the MLS Season Pass is set to launch on February 1, 2023, with the new subscription service available to fans in more than 100 countries and regions. Available in the Apple TV app, the MLS Season Pass can be accessed on Apple devices, Smart TVs, consoles, set-top boxes, and on the web with the tv.apple.com website. 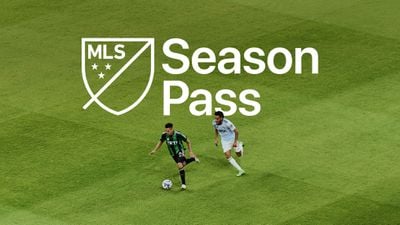 The Season Pass will include every live MLS regular-season match, the playoffs, and the Leagues Cup, with no blackouts. Apple says that the MLS Season Pass will bring MLS to a much bigger worldwide audience.

"There isn't a more perfect time to introduce MLS Season Pass, coming off the heels of the most dramatic MLS Cup in history and with MLS as the fastest-growing soccer league in the world," said Eddy Cue, Apple's senior vice president of Services. "We're counting down the days to February 2023 when fans everywhere can enjoy MLS Season Pass on billions of devices -- all with no blackouts."

Apple and Major League Soccer have inked a deal for a 10-year partnership. All 29 MLS clubs will have an ‌Apple TV‌ patch in a different color to mark agreement.

The MLS 2023 regular season will begin on February 25, with the 2022 MLS Cup champions Los Angeles FC to face off against the LA Galaxy at the Rose Bowl Stadium. All matches during the opening weekend will be free to watch through the ‌Apple TV‌ app.