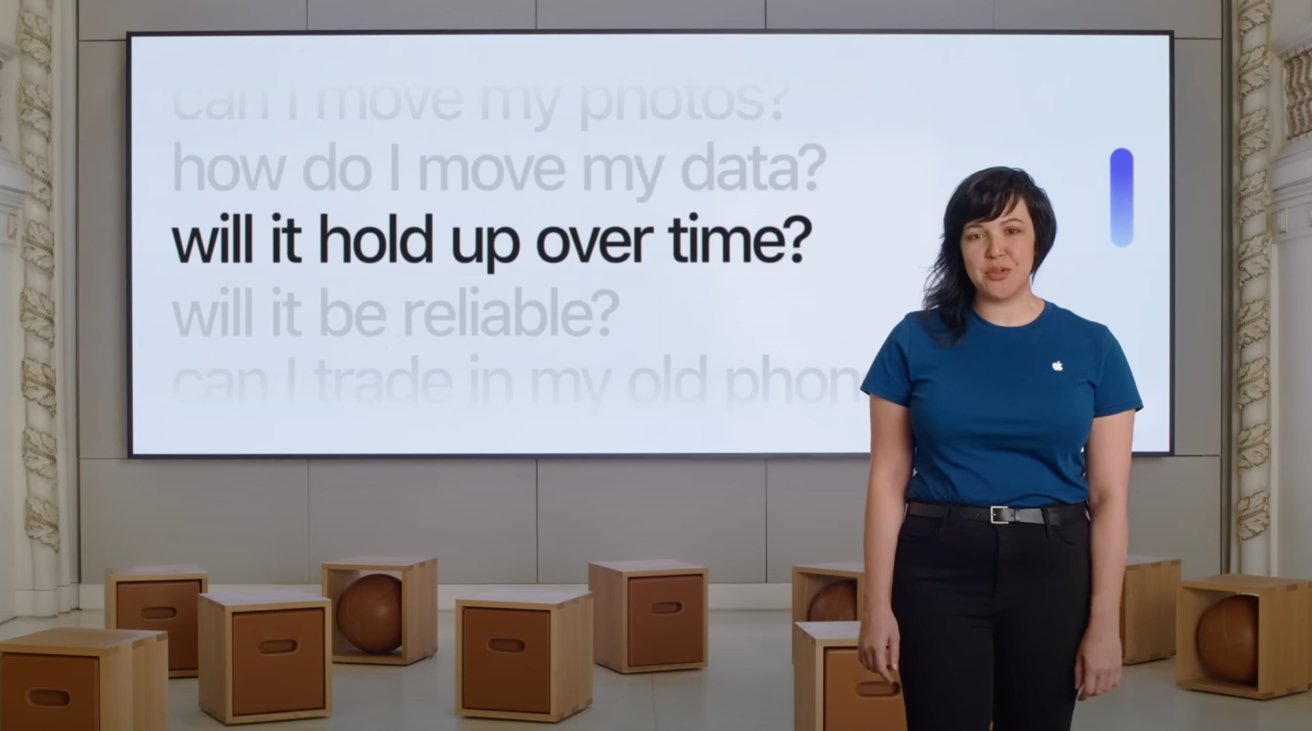 Apple has published a new video to its official YouTube account to try and answer many of the potential questions Android users may have about switching over to an iPhone.

At just over four minutes in length, the video set inside an Apple Store doesn't go into great depth for its answers, but should be enough for most people to digest in a short period of time.

The video is split up into sections, based on the "most-search questions Android users ask before switching to iPhone." It starts by explaining that users can transfer their contacts photos, and messages easily using the Move to iOS app.

The video then tackles topics including how users can trade in their Android smartphone for credit, and that it will "hold up over time" by being designed to be durable and reliable, with great battery life.

When asked "will it be reliable?" the presenter talks about how iOS prevents crashing and Apple's use of software updates. This includes hints that Android smartphone providers have to deal with slower updates due to getting the Android updates from Google first, while Apple's management of hardware and software results in faster updates.

As proof of how Apple's software updates apply to a large range of Apple's hardware, Apple points out that iOS 15 is still compatible with the iPhone 6s. However, small print in the video says iOS 16 will be "compatible with iPhone 8 and later," which slightly undercuts the message.