Apple today opened a new retail location in the Los Angeles area with the official launch of Apple The Grove. Apple has had an Apple Store in The Grove shopping area for close to 20 years, but the recently opened store is in a new location. 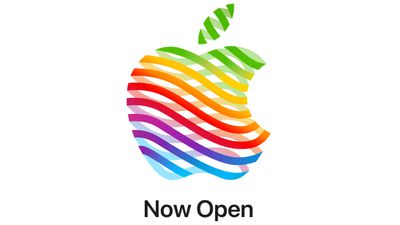 To celebrate the relocation of Apple The Grove, Apple last night hosted a Q&A event with the cast of popular Apple TV+ show "Ted Lasso," including Jason Sudeikis, Brett Goldstein, Brendan Hunt, Juno Temple, and more. Apple CEO Tim Cook attended the event and shared a tweet about it.

An unforgettable evening with @JasonSudeikis and the cast of @TedLasso! Thank you for spending time with us in our beautiful new store, Apple The Grove, ahead of our grand opening tomorrow! pic.twitter.com/2J0QtVqSE1 — Tim Cook (@tim_cook) November 19, 2021

It was such an honor to be able to meet @tim_cook today during the opening of the new #Apple Store at The Grove! pic.twitter.com/Jy4GJ3dQeD — Ryan Zohoury (@RyanZohoury) November 19, 2021

Apple announced the reopening of Apple The Grove earlier this month and said that the store is twice the size of the original. It has been designed to serve as an "entirely reimagined destination for the LA community" to learn about Apple's product and services.

For the last several years, Apple has been making an effort to redesign and update some of its older stores, and locations like The Grove that have outgrown their original size have been revamped. Apple recently relocated Apple Valley Fair, a Bay Area location with higher traffic than could be accommodated at the original location, and it has expanded other flagship stores such as Apple Fifth Avenue and Apple Union Square in San Francisco.