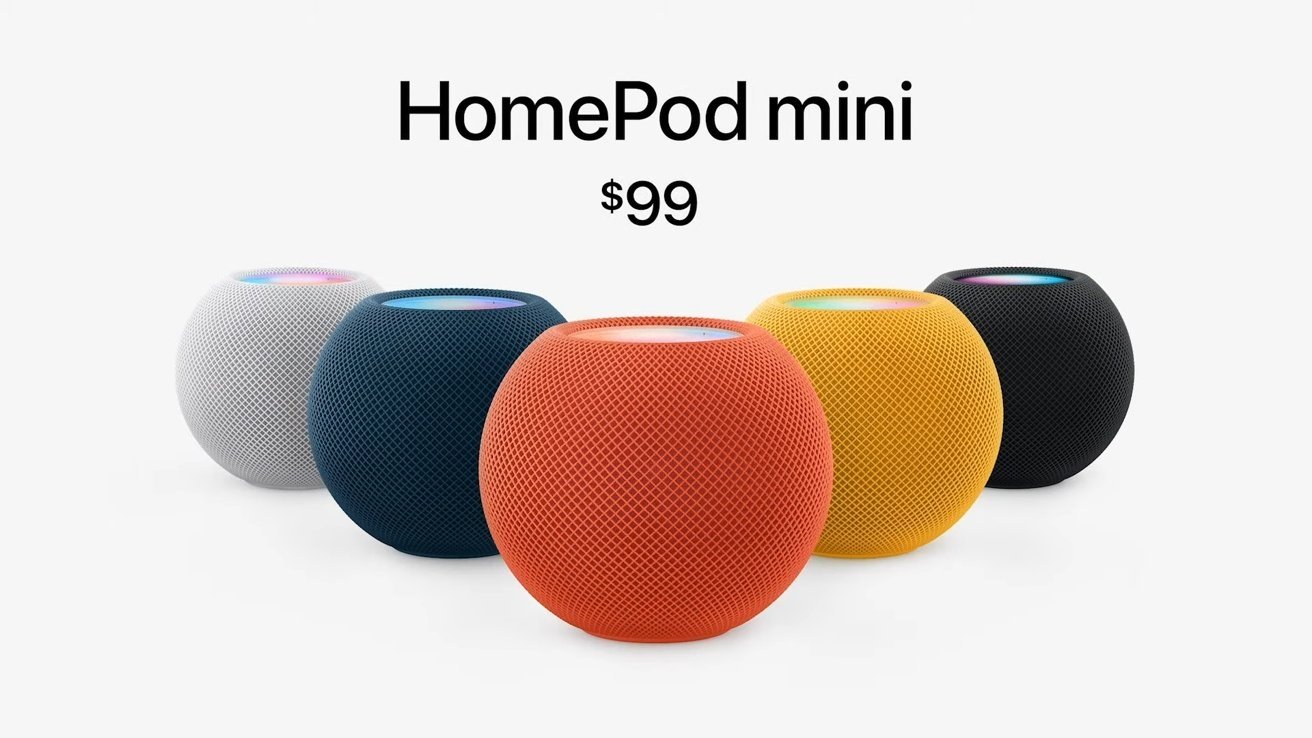 The new colors of the HomePod mini may become available to order in early November, with one insider claiming orders could commence in the first week of the month.

Apple's Unleashed event took time to profile a trio of new HomePod mini color options set to arrive sometime in November. According to one rumor, that launch may be just around the corner.

According to Bloomberg's Mark Gurman on Twitter, Apple users should "expect the new HomePod mini colors early this week." While Gurman doesn't offer an exact date, it does seem plausible for Apple to release the smart speaker's new options as early as possible in the month, to take advantage of holiday shopping patterns.

Gurman's comment echoes a similar rumor from AppleTrack from October 27, in that it claimed to be "hearing" November 1 as the launch date. It is also unclear if there will be any preorder window, or if Apple will skip it and go straight to sales.

Apple's new HomePod mini options extend the range from Space Grey and White to include Blue, Yellow, and Orange. Other than the soft exterior, there's no other changes made to the compact smart speaker.

The HomePod mini is priced at $99, with Space Gray and White currently available to purchase.