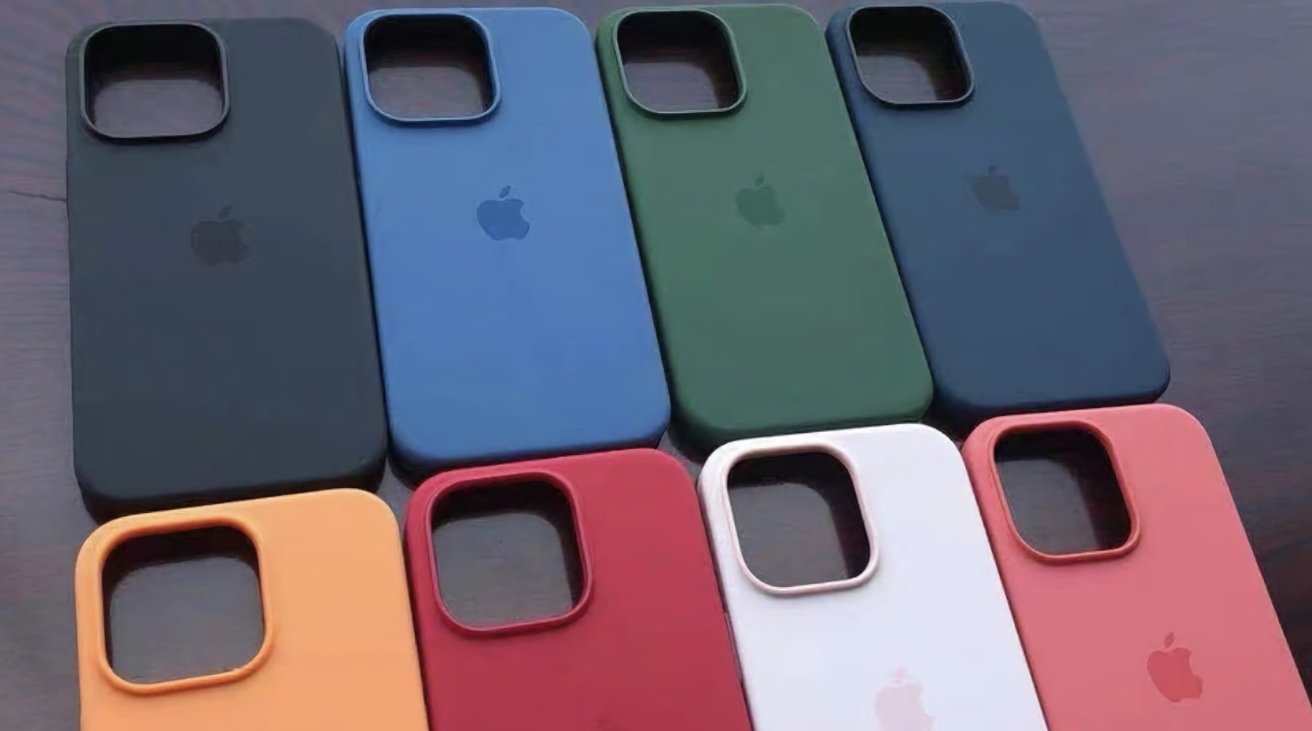 Apple will seemingly introduce cases in at least eight different colors, according to a leaker, with photographs showing the variety of silicone cases that will be arriving alongside the "iPhone 13."

Apple is anticipated to launch the "iPhone 13" lineup during its "California Streaming" special event on Tuesday, among other product introductions. Along with a new smartphone, Apple is also expected to bring out accessories to match.

In images posted to Twitter by leaker "Majin Bu," a collection of eight cases for the "iPhone 13" lineup are on display. The cases all look to be silicone in construction, with identical appearances and square camera bumps.

As Apple typically mentions that there are accessories to go alongside its iPhone launches at the time of launch, it is quite likely that the leaked cases will make some form of appearance during the event.

This isn't the only accessories leak to have surfaced for the 2021 iPhone launch. On September 5, a video was briefly posted to Twitter showing a pile of "iPhone 13 Pro Max" silicone cases in one dark color, with the packaging mentioning they had MagSafe support.