Apple May Have Solved Bending Batteries For The Folding iPhone 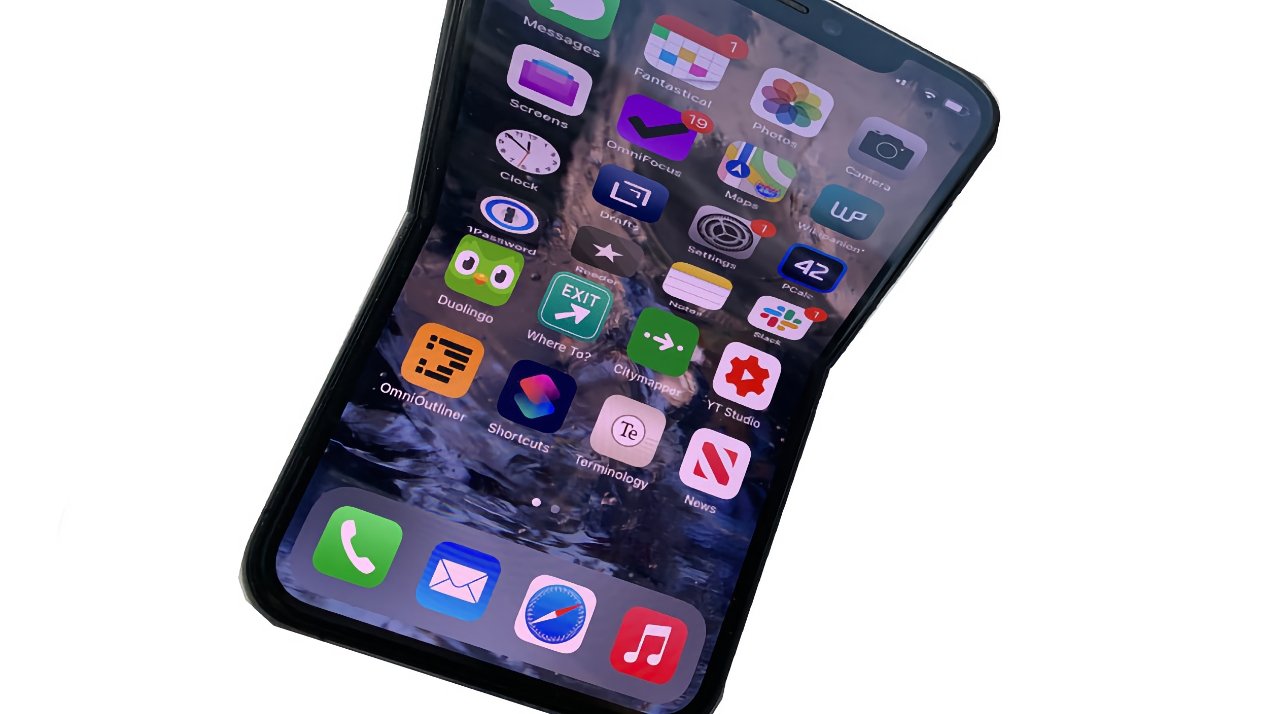 Apple is continuing to investigate ways that it can fill the entire volume of an iPhone, and is researching batteries that can fill the gaps in flexible devices such as a future iPhone Fold.

Apple devices are so dependent on batteries that the company is always investigating every possible option that can make them more powerful, or in some way more useful. A newly-revealed patent application shows that the company is continuing to work on how to make a battery that can work in a folding device, "Flexible battery configurations," is concerned with the arrangement of battery cells in a housing.

"More specifically," says the patent application, "[this] relates to electronic device configurations providing flexible movement of aspects of the device."

Apple has previously produced batteries in different shapes in order to better utilize the space within, say, the 2015 MacBook. Where those were discrete different batteries stacked together, this new proposal is for a single unit that features a thinner section where it's meant to bend.

"The hinge section may be characterized by a third thickness less than the first thickness and the second thickness," says Apple.

A folding device could alternatively have two batteries, one in each portion either side of the hinge. In theory, however, having a single unit could add a little extra battery volume.

Given how small batteries need to be, any increase that comes without the cost of other components is an advantage.

"Such technology may provide numerous benefits over conventional technology," says Apple. "For example, the present systems may provide additional battery capacity that can be used with connected electronic devices."

"Additionally, configurations of electronic devices according to embodiments of the present technology may afford mechanical flexibility to the devices," continues Apple.

So Apple is looking at how a bendable battery might be a key part of making a flexible device, rather than at how to fit a battery into such space.

Between the possible extra battery charge, and any mechanical advantage, there must be enough of a benefit to flexible batteries to be worth pursuing. Apple has previously looked at the opposite idea, the idea of splitting up a battery into separate parts.

In 2020, the company was granted a patent regarding a flexible battery — as opposed to the new flexible configuration.

Neither the 2020 patent nor this newly-revealed one are particularly concerned with the chemistry of battery technology. Instead, they're focused on the mechanicals of fitting and using a bendable battery in a device.

This means that neither patent is a complete solution, nor are they able to offer many concrete examples of the flexible battery benefits. But this new one does at least attempt to cast its net wide, and say that it can be used "with any number of electronic devices," from iPhone to Apple Watch, from fitness devices to iPads, and from laptop to desktop computers.

"Flexible battery configurations" is credited to two inventors, Yuriy Y. Londarenko, and Shabab Amiruddin. Together, these two have a previous related patent to do with integrating vents into batteries.