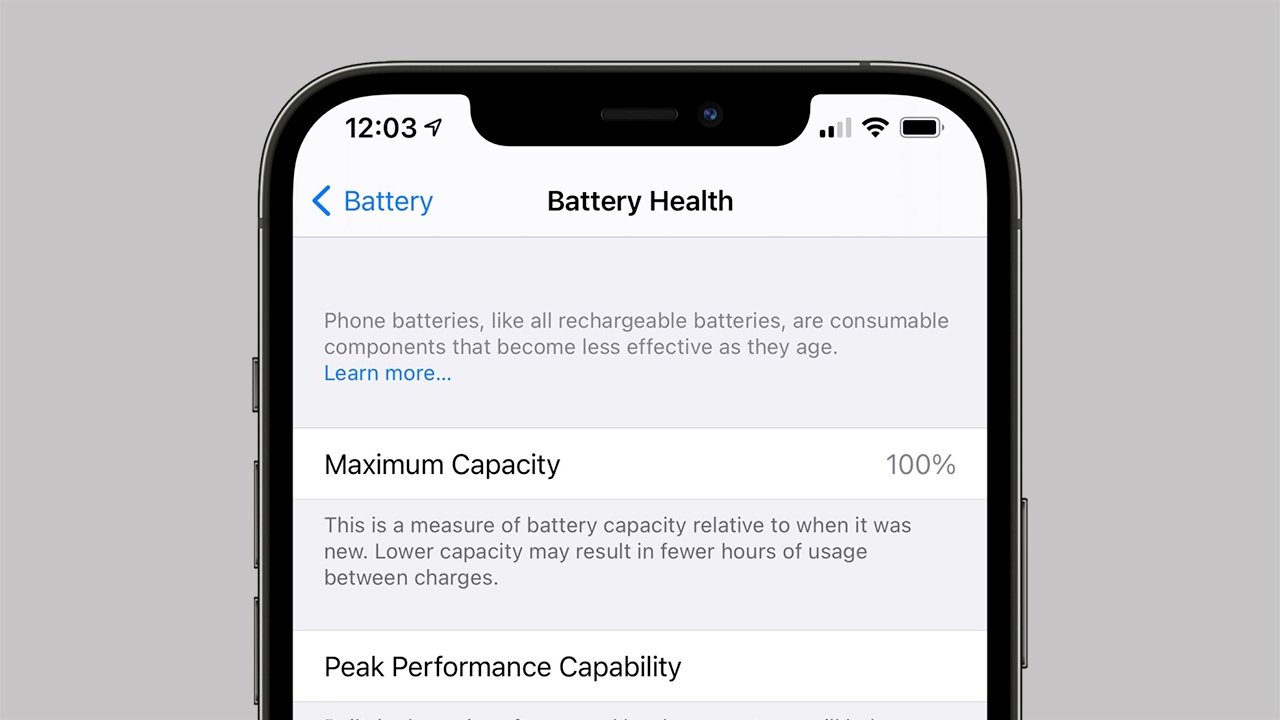 The iOS 14.5 update will add a battery recalibration system for the iPhone 11 series to fix drifting data.

Currently in its sixth developer beta, the upcoming iOS update will address an issue where the iPhone 11, iPhone 11 Pro, and iPhone 11 Pro Max experienced unexpected battery drain or a drop in performance.

The iPhones in question will recalibrate maximum battery capacity and peak performance capability during regular charge cycles. The company cautions that the process may take a few weeks to complete. The displayed maximum capacity won't change while the phone is recalibrating.

Affected users will see a message indicating that the recalibration is in progress when navigating to Settings, tapping Battery, then Battery Health. When the process completes, the maximum capacity and peak performance capability will be updated in that same Settings section.

In a small number of cases, the recalibration may fail and alert the user that the phone will require service. The company says that an Apple Authorized Service Provider will replace the battery for free to restore full performance and capacity in those unusual cases.

The iPhone maker says the issues don't indicate a physical safety issue and that the battery is still usable.

Apple added the iPhone Battery Health section to the Settings app in iOS 11.3. The changes arrived as a transparency measure in response to revelations that the company was throttling CPU performance on older devices. Apple's throttling is done to ensure smooth operation, but some customers took offense to the fact that slowdowns were occurring without user transparency.

iPhone 12 Size Comparison: All iPhone Models Side by Side Whether Your iPhone 6s Qualifies for Apple's Free Battery Replacement Program? iOS 12 Screen Time Suspected to Cause Excessive iPhone Battery Drain Stunning Concept Shows how iPhone Could Evolve in 2019 How to Promote Your iPhone’s Battery Life?  Camera Comparison: Google Pixel 4XL vs. iPhone 11 Pro Max iPhone 11 and 11 Pro Will Show Warning if Non-Genuine Apple Display is Used for Repairs Turns out is is Super-easy to turn an iPhone 11 Pro into an iPhone 11 Pro Max