Apple in November started releasing Macs with Apple-designed M1 chips, and the Apple silicon technology will eventually replace all the Intel chips that Apple has used in its Mac lineup for years. 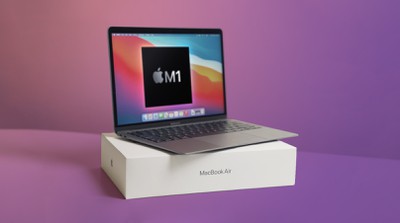 Intel appears to be having a difficult time with Apple's transition. Last week, the company launched an anti-M1 Mac ad campaign starring Justin Long, and now, Intel is pinning its hopes on manufacturing Apple silicon chips for Apple in the future.

Intel CEO Pat Gelsinger today shared some details on Intel's future plans, which includes the founding of a separate "Intel Foundry Services" business and two new chip factories that are being built in Arizona. Going forward, Intel wants to become a major provider of foundry capacity in the United States and Europe, manufacturing chips for other companies.

When discussing Intel's new plans, Gelsinger said that Intel plans to pursue Apple as a potential customer, which would see Intel producing Apple silicon chips for use in Apple devices if Apple does indeed decide to use Intel's services.

Gelsinger just said that Intel, which is ramping up a foundry business to manufacture chips for other companies based on their designs, will court Apple as a customer. The age of the Intel Mac might not be over just yet. — Harry McCracken (@harrymccracken) March 23, 2021

Right now, Apple relies on Taiwan Semiconductor Manufacturing Company (TSMC) to produce all of the A-series and Apple silicon chips used in the iPhone, iPad, Mac, and other devices. TSMC is Apple's sole supplier, so there's a chance that Apple and Intel could reach a deal that would allow Apple to diversify its supply chain.

IFS will be differentiated from other foundry offerings with a combination of leading-edge process technology and packaging, committed capacity in the U.S. and Europe, and a world-class IP portfolio for customers, including x86 cores as well as ARM and RISC-V ecosystem IPs.

If Intel wants to court Apple for future chip orders, the anti-Apple ads the company is running now may be unwise. Intel hired former "I'm a Mac" actor Justin Long to create a series of ads that compare the ‌M1‌ Macs with Intel PCs in a way that positions Intel PCs as superior machines.