iOS 14.5 Adds an Option to Unlock iPhone with Apple Watch if You're Wearing a Mask

With the iOS 14.5 update, Apple is finally adding a solution that makes it easier to unlock an iPhone when you're wearing a mask. Right now, with a face mask on, Face ID does not work, requiring those wearing masks to enter a passcode to unlock their devices, a process that is time consuming and inconvenient. 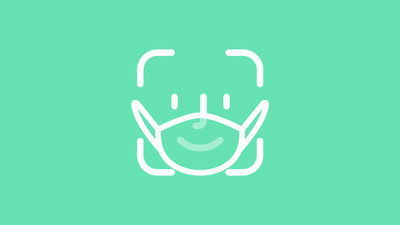 In iOS 14.5, there's a new option to unlock an ‌iPhone‌ with Face ID and an Apple Watch paired together, with the Apple Watch's authentication providing an extra layer of security.

If you're wearing an unlocked Apple Watch and use Face ID as you normally would, the ‌iPhone‌ will unlock after a partial face scan. When the unlock happens, you'll feel a haptic buzz and will receive a notification on the Apple Watch informing you that the unlocking procedure was successful, similar to how it works when unlocking a Mac with an Apple Watch.

As noted by Engadget, this feature must be manually enabled to use it, and there's also an option to lock the ‌iPhone‌ from the Apple Watch. Things like App Store purchases and Apple Pay payments will not be able to be authenticated through the Face ID + Apple Watch pairing, so you'll still need full Face ID authentication or a passcode for some actions.