Apple Seeds First Betas of iOS 14.4 and iPadOS 14.4 to Developers 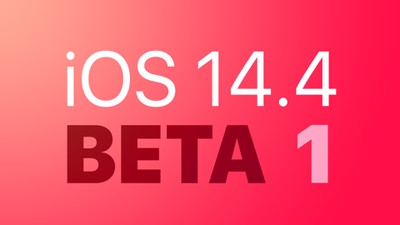 iOS and iPadOS 14.4 can be downloaded through the Apple Developer Center or over the air after the proper profile has been installed on an iPhone or iPad.

Once we've downloaded the update and discovered what's new, we'll update this article.