Apple today assured that its new requirement for privacy information on the App Store will apply equally to all iOS apps, including its own. 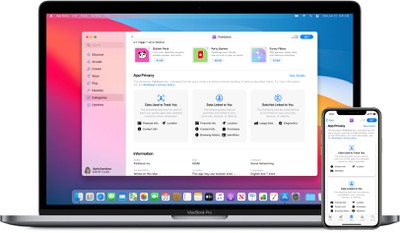 This means that the dozens of Apple apps available through the App Store, such as Apple Books and Apple Podcasts, will display the same privacy "nutritional labels" as third-party apps. And for built-in iOS apps, like Messages, Apple says that it will make the same privacy information available to users on its website. Apple says this information will be presented in the same way as it appears on the App Store.

This clarification comes in response to Facebook-owned WhatsApp accusing Apple of a double standard with the privacy labels. WhatsApp said that the broad terms displayed in the labels could result in users being concerned about the data that WhatsApp collects, putting it at a competitive disadvantage compared to Apple's built-in Messages app.

Developers are required to include this new privacy information when submitting new apps and app updates to the App Store as of December 8. It is unknown when exactly the privacy labels will begin appearing in the ‌App Store‌.