On Tuesday, Apple's Beats brand introduced the new Beats Solo Pro headphones, the company's first on-ear headphones with active noise cancellation. The new $300 headphones don't launch until October 30, but we've already had a chance to test them out so check out our video below for our early impressions.

Starting with the unboxing experience, you'll find that the Beats Solo Pro headphones come with a new soft case covered in a nice felt-like material, as well as a few accessories such as a Lightning to USB-A cable for recharging the headphones. While USB-C rather than Lightning might have been a bit more universal, at least you can charge your headphones with the same cable you use for your iPhone. The Solo Pro headphones come in six colors including Black, Gray, and Ivory, and then three colors from the "More Matte Collection" being promoted by Pharrell Williams: Light Blue, Dark Blue, and Red. We have the Dark Blue ones on hand, and they are made of a nice matte plastic with an inside metal adjustment band for durability and a premium feel. 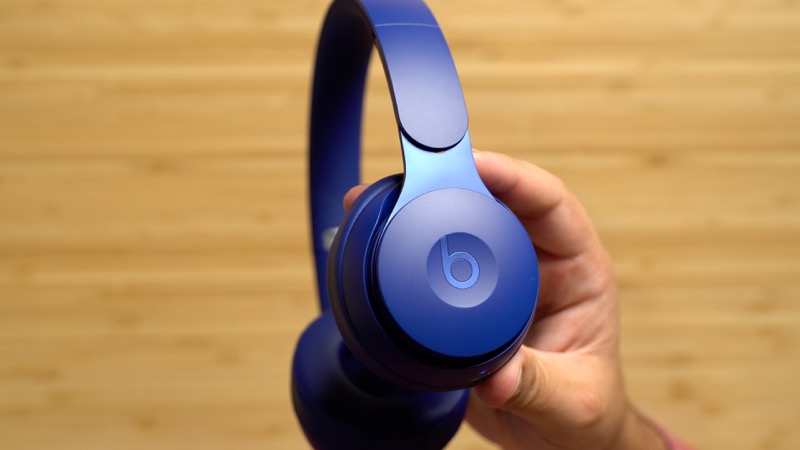 Apple's new Beats Solo Pro automatically turn on and off when you unfold or fold them, so there's no power button on the headphones. Pairing via Bluetooth is a simple process, and thanks to the Apple H1 chip inside they can automatically pair with and switch between all devices tied to your iCloud account. The H1 also provides hands-free "Hey Siri" support. While there's no power button, there are still a few controls located on the Solo Pro headphones, including playback controls on the right ear cup. Tapping above or below the Beats logo on the ear cup adjusts the volume, while tapping on the logo itself will play/pause or skip tracks. On the bottom of the left ear cup is a button for toggling through three listening modes: Apple's proprietary "Pure ANC" noise cancellation mode that debuted on the Beats Studio3 headphones, a new Transparency mode that activates external microphones to draw in ambient sound, and an extended battery life mode where ANC and Transparency are turned off. 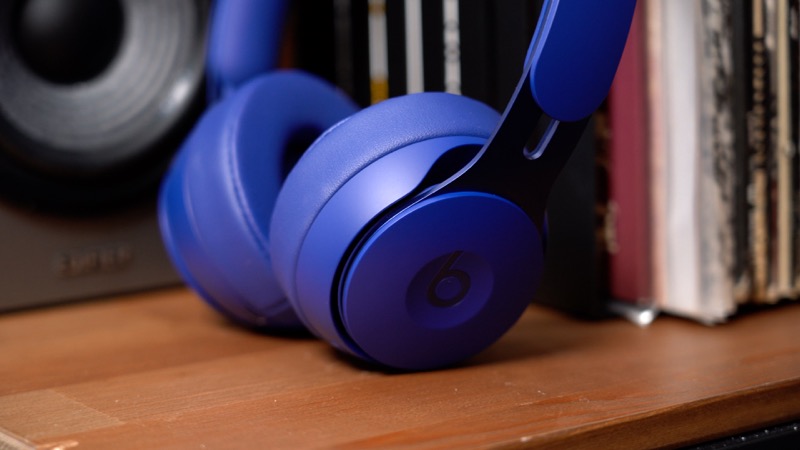 We really liked the new Transparency mode, as it will come in handy in lots of everyday situations where you need to hear a quick conversation or airplane announcement, for example, and don't want to take off your headphones. Sound quality on the new Solo Pro headphones is solid, and it's about what you'd expect from a set of Beats cans. They sound a bit better than the Solo3 headphones and are right up there with the Studio lineup, although not quite as immersive due to the on-ear rather than over-ear style. The audio comes through warmly and with above-average low-end, which is typical for Beats headphones. 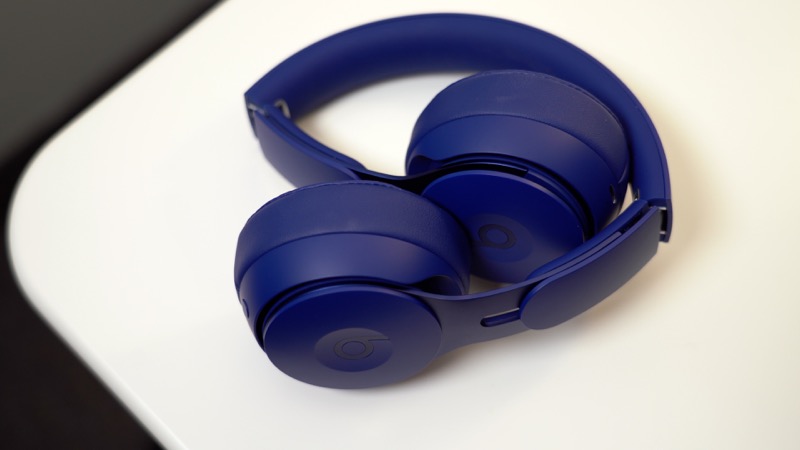 Battery life on the Solo Pro headphones is pegged at 22 hours with Pure ANC and Transparency turned on, and extends to 40 hours with those features turned off. A fast fuel charging feature will give you about three hours of listening time with a 10-minute charge. We haven't had time to thoroughly test these battery life specs yet, but they've traditionally been pretty accurate on other models. So what do you think about the new Solo Pro headphones? Are you thinking about picking some up when they launch on October 30, or are there options you think you like better? Let us know in the comments.