Apple has posted the first stats for iOS 13 adoption since its launch on September 19th for iPhone. 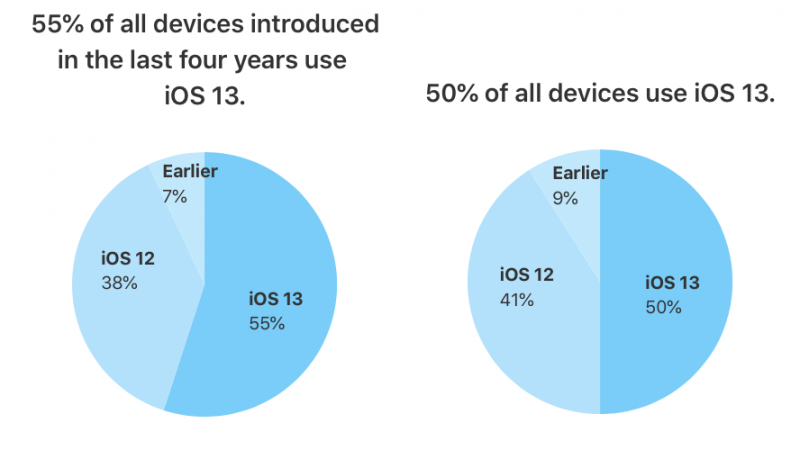 Apple shared the statistics on the App Store Developers page which was updated today. Apple reports that ‌iOS 13‌ is installed on 55% of all iPhones introduced in the past four years, and 50% of all iPhone devices, as measured by App Store activity. The pace puts ‌iOS 13‌ approximately on par with iOS 12 adoption last year which hit 53% of active devices in a slightly shorter timeframe and a different device breakdown. This year, Apple has broken down the stats between both ‌iOS 13‌ and iPadOS which were launched at different times this year. According to Apple, 41% of iPads from the past four years have upgraded to ‌iPadOS‌, while 33% of all active iPads are on ‌iPadOS‌. Meanwhile, here on MacRumors, our analytics show an 84% ‌iOS 13‌ adoption by our visitors on the same day that Apple measured -- October 15th.