A pair of emails from Apple Senior Vice President of Software Engineering Craig Federighi have shed some light on Apple's plans for music lyrics in iOS 13.1, and possibly for the Messages app as well. 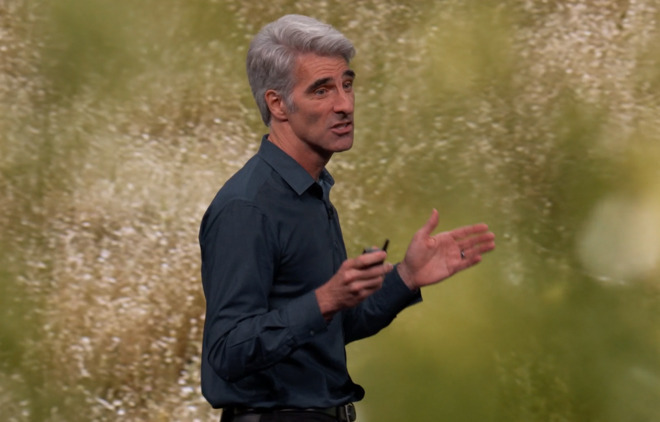 Federighi is continuing his trend of emailing responses to people that ask questions about future features for iOS or macOS. One Reddit user asked about Apple adding the lyrics visualizer to the main Apple Music player.Federighi said that the matter had been considered "more times than me and every Mac on earth could possibly count.""At first we were worried about implementing it as a feature as some phones seemed to experience battery drain due to the visualizer running in the background," Federighi wrote. "But we've since then figured out how to make it a less CPU intensive feature, and should hopefully implement a toggle for this by the official release of iOS 13.1."No such toggle presently exists in the developer beta releases of iOS 13.1.

Another Reddit reader asked about scheduling an iMessage to send in the future. Federighi said that Apple continues to consider adding the feature to future release, but warned of complexities in implementation.Specifically, Federighi points out representation of unsent messages, support for deleting and editing pending messages, and what to do a potential recipient sends you a message before your message is scheduled to be sent out."And of course the social concern that we may end up sending the messages at a time that you are not available to respond to any replies that come back," added Federighi. "This could be confusing for the person who is under the impression that you must be at the ready on your phone, since you just sent them a message."In the past, Federighi has told emailers about October event schedules, return of stricken features, as well as notified customers of bug fixes in upcoming OS revisions.