Nike today announced the Nike Adapt Huarache shoe, which features the company's "FitAdapt" technology that lets you adjust the fit of the shoe through Siri or your Apple Watch.

Similar to the Nike Adapt BB shoes from earlier this year, the new Huarache shoe includes a FitAdapt lacing system. Run from a midfoot motor, the system is controlled by the connected Nike app and tightens or loosens the shoe based on user control. For the first time, these controls include speaking to Siri on your iPhone, or using the Apple Watch app. The shoe also offers preset modes for custom fits, and support for SiriShortcuts for even easier control over the laces. 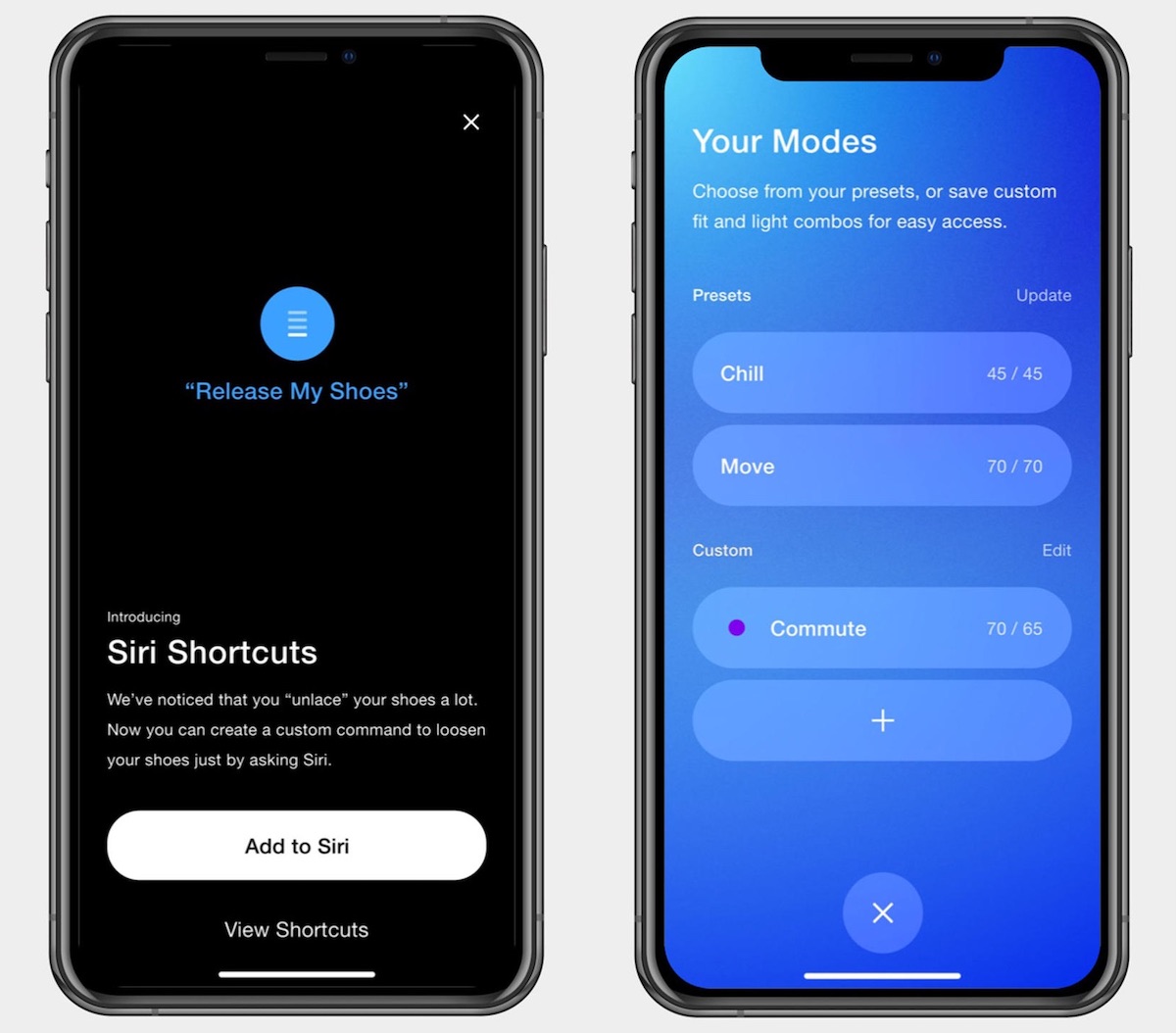 In a PR image of the Nike app, the company gives an example of a Siri Shortcut like "Hey Siri, release my shoes" as a way to loosen the fit of the Nike Adapt Huarache. The new Huarache shoes are a continuation of the original line that debuted in 1991. The new sneakers will go on sale on September 13 at select retailers.