As the Obama administration leaves the White House this week, one piece of the outgoing president's legacy — the U.S. Digital Service —is attempting to woo Silicon Valley techies to work for government agencies. Their recruitment strategy: Using the words of Apple's iconic late cofounder, Steve Jobs.

The U.S. Digital Service is a branch of the White House that seeks to improve and expand the federal government's various online services. It was formed by President Obama in the second term of his presidency, in 2014.The service launched a new marketing plan this week that includes the words of Apple's Jobs, attempting to bring fresh IT workers to government service. The executive branch's agency chose a clip from a 1994 TV interview, in which Jobs explained his worldview of breaking the mold and upsetting the status quo. 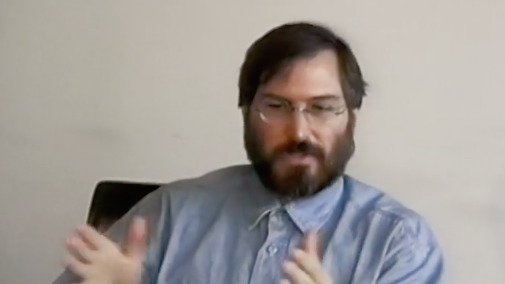 The clip from Steve Jobs comes from a 1994 TV that explains his worldview of breaking the mold and the status quo.

"Everything around you that you call life was made up by people that were no smarter than you," Jobs said in the clip used by the U.S. Digital Service. "And you can change it, you can influence it, you can build your own things that people can use."The USDS was founded after the Healthcare.gov crash and refers often to itself as a startup within the White House. So far, the agency has revamped the Veteran Affairs application process, started to digitize the immigration system, and has strengthened Pentagon cybersecurity.