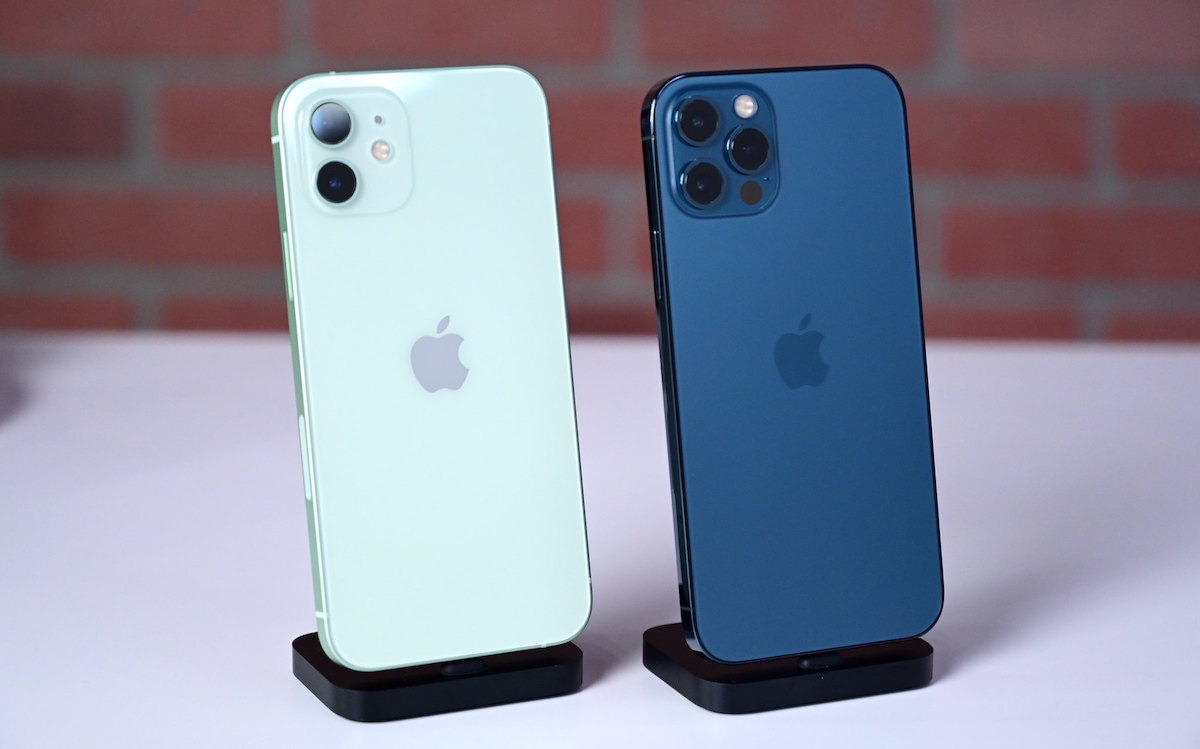 The carrier launched its "nationwide" 5G network in October. But the system is based on dynamic spectrum sharing (DSS), which reuses 4G channels for 5G and may actually be slower than straight 4G LTE.

According to testing on an iPhone 12 Pro carried out by PC Mag, Verizon's DSS 5G is "frequently slower than 4G, and rarely faster."

That's in stark contrast to Verizon's other offerings. Its 4G LTE network often delivers faster speeds than the low-band 5G networks from either T-Mobile and AT&T. The carrier's UltraWideband 5G network is top-tier, but has extremely limited coverage.

The issue with DSS, as PC Mag points out, is that the ideal 5G network will run on broad, dedicated channels. If that isn't an option, DSS allows a carrier to use the "odds and ends" of unused 4G channels for a 5G network. 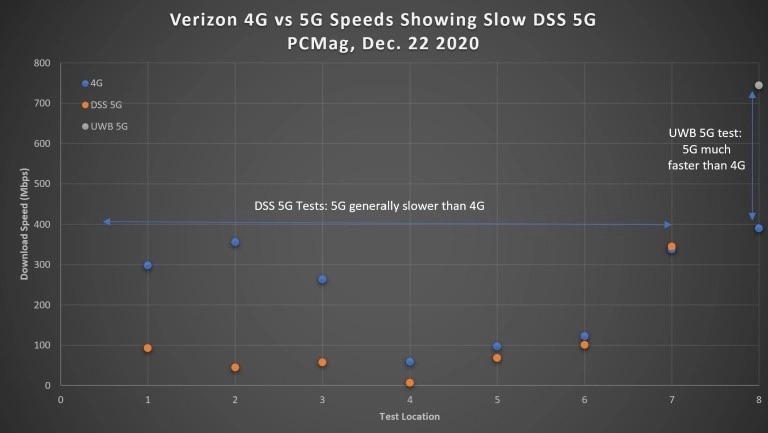 The results of Verizon 5G testing on an iPhone 12 Pro. Credit: PC Mag

But that comes with tradeoffs. Both 4G and 5G phones compete for the same channel, with the 5G-equipped devices simply running a separate 5G encoding system. Once carriers actually adopt standalone 5G systems, DSS will have non-speed advantages. But currently, the only thing that the technology is doing is slowing down performance.

The iPhone 12 Pro test, conducted by PC Mag's Sascha Segan, involved toggling between 5G and 4G networks at eight different locations throughout New York City. Except for the one 5G location that had 5G UWB, DSS 5G consistently tested slower than 4G LTE.

Although DSS is meant to have lower latency, the testing found that it performed worse in that regard than LTE. One wireless expert suggested that this could be because of how phones in DSS mode handle carrier aggregation.

"For most customers, performance on our 5G nationwide network will be similar to 4G. [DSS] is new technology and we're continuing to modify it as we go. We expect performance improvement through 2021 and beyond," Verizon said in a statement.

The issues with DSS may not affect T-Mobile, however, since it uses a different mid-band approach to its nationwide 5G network.

Carriers could deal with the issue by pushing traffic through 4G LTE in situations where it would be faster than DSS 5G. According to Signals Research, most of the traffic on DSS 5G already travels over LTE.

Both Verizon and AT&T are also looking at mid-band 5G airwaves, known as C-Band, to boost their networks. The technology, similar to T-Mobile mid-band, would likely do away with the performance and latency issues of DSS 5G. Verizon is currently bidding for C-Band spectrum, some of which will become available by the end of 2021.

In the meantime, users can disable 5G on their iPhones by heading to Settings > Cellular > Cellular Data Options > Voice & Data.