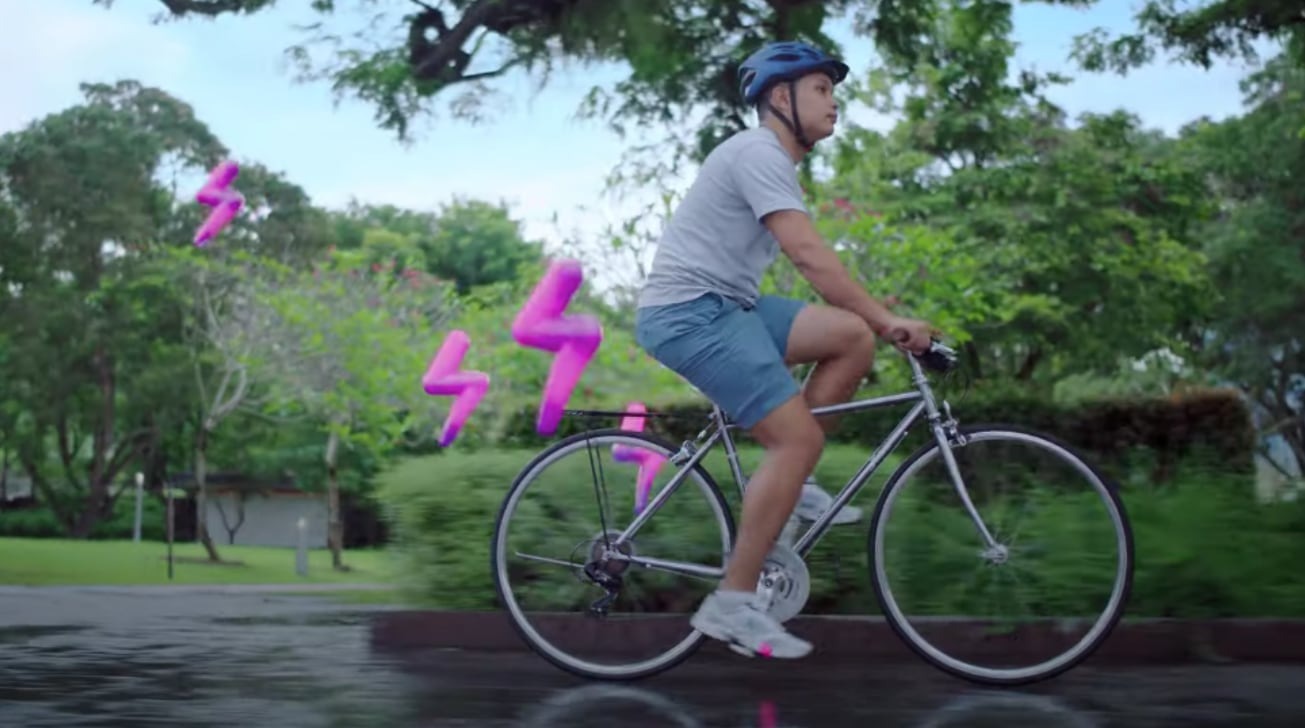 An Apple-produced ad spot has been released for LumiHealth, an Apple Watch-based initiative between Apple and the government of Singapore to encourage citizens to foster healthier habits.

Published to YouTube, the video shows a man riding a bus and looking at the LumiHealth app on his iPhone. As he goes through his journey to work, he sees people performing various exercises, including cycling and working out in a park, before deciding to start using the app as he chooses to take the stairs instead of an elevator.

Other cutaways in the ad show people generating "Lumipoints" in other ways, including choosing healthier food, as well as meditating at a desk in an office.

The video, hosted on the Health Promotion Board's YouTube channel, was produced by Apple, according to MyHealthyApple. A social media post by Kenneth Teng, a content producer for "Health Strategic Initiatives at Apple" in Singapore, confirmed its involvement in the ad spot.

Announced in September, the LumiHealth program aims to make Singapore citizens more conscious about their health and wellbeing, with the Apple Watch-connected app offering health and wellness challenges to complete over a two-year program. The app will offer personalized reminders, programs, activity coaching, and tasks that take into account the user's age, gender, and weight.

Participants are able to earn rewards worth up to S$380 ($284) as an incentive to keep up with the program, with vouchers offered for a variety of merchants as users progress through the challenges.