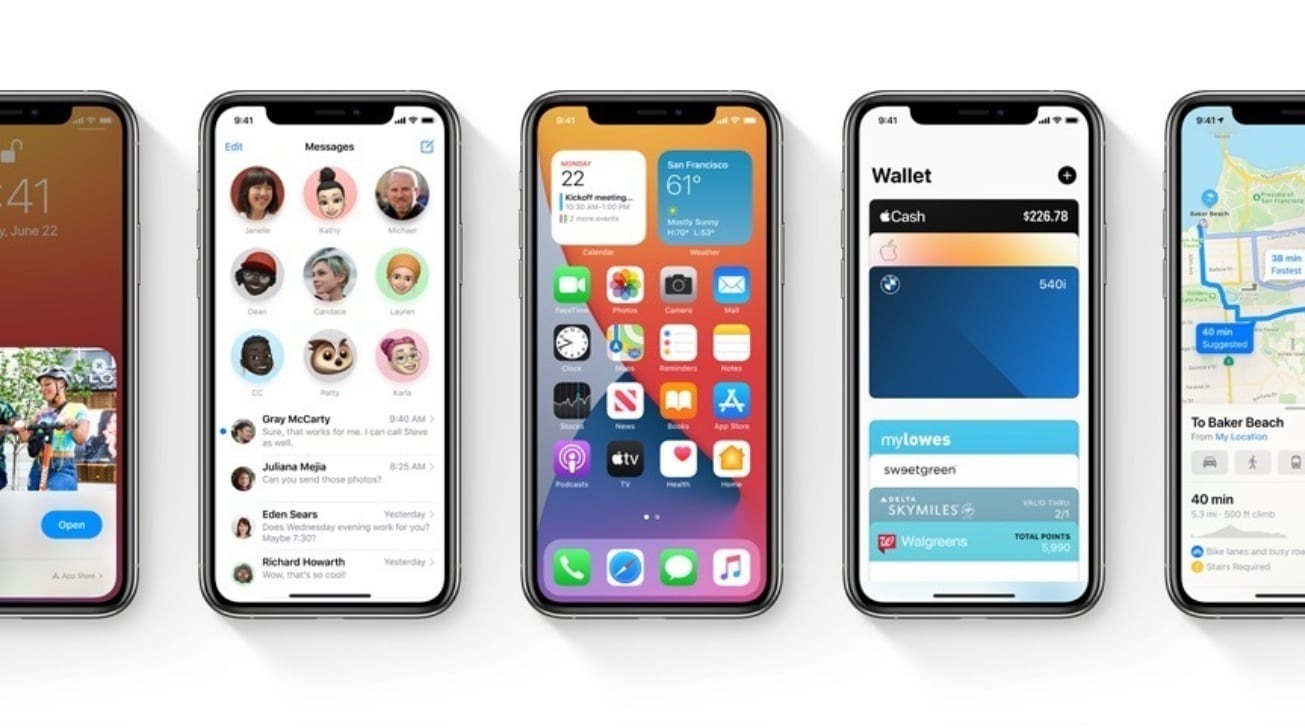 Shortly after the milestone releases, Apple has made available its first downloadable updates for the iPhone, iPad, and Apple Watch bringing each up to iOS 14.0.1, iPadOS 14.0.1, watchOS 7.0.1 and tvOS 14.0.1.

Apple typically offers an update shortly after its major releases, which generally consists of performance improvements, bug fixes, and sometimes features missing from the original release. It appears that this update fixes a bug related to default mail and browser apps resetting after a device restart.

Apple is also testing out updates for iOS 14.2, iPadOS 14.2, watchOS 7.1, and tvOS 14.2 with developers, issuing the first beta on September 17, one day after the release of the milestone versions. So far, the first beta for iOS 14.2 has consisted of cosmetic updates to Control Center and a new Watch app icon, among other improvements.