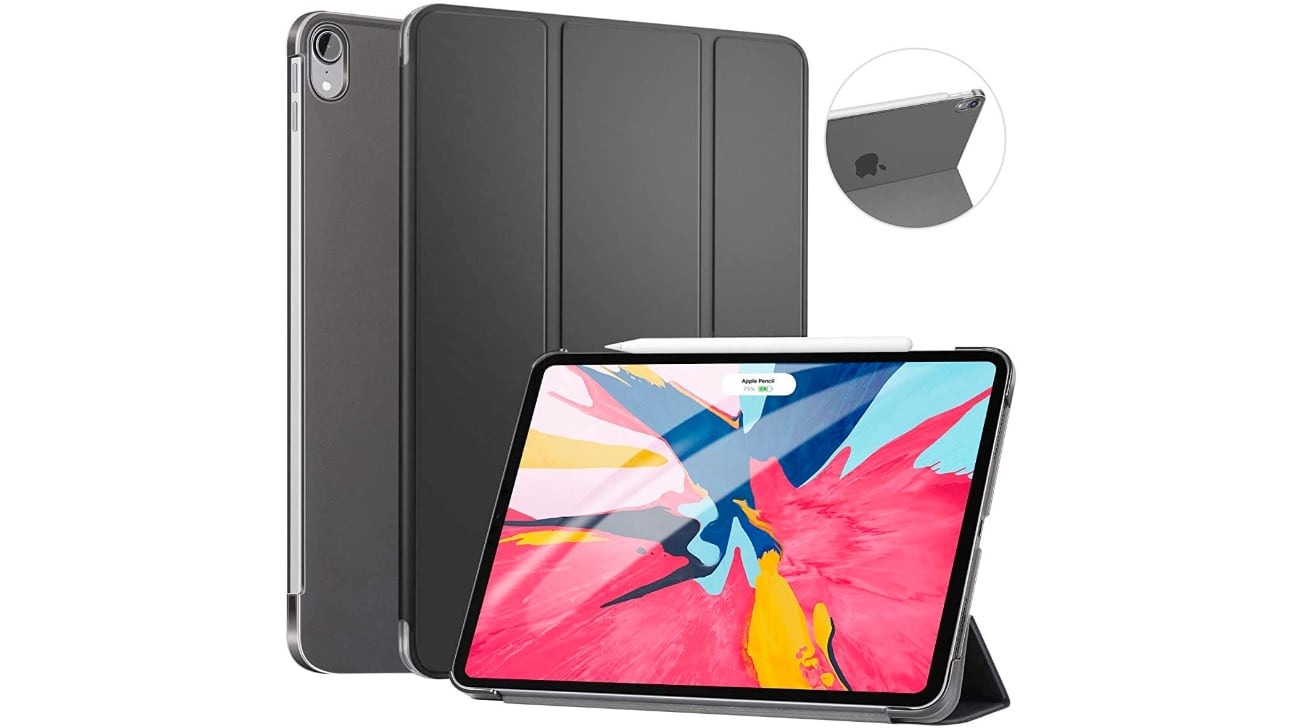 Accessory producers are starting to put cases for a fourth-generation iPad Air up for sale, a few days ahead of a rumored unveiling of the new tablet that could take place on Tuesday.

The high popularity of Apple products makes launches an ideal time for accessory producers to release new versions of cases made specifically for Apple's latest items. With rumors of an iPad launch on the horizon, some case producers are jumping the gun by putting new cases up for sale on Amazon before Apple officially announced new hardware.

Product listings reported on Reddit by "u/Kasti0" show cases being marketed on Amazon's website in Germany from manufacturers ZtotopCase and TiMOVO. The two cases are said to be for the "iPad Air 4 2020," with both listings offering similar expectations for the model.

Both show the iPad Air as having a similar appearance to the iPad Pro range, namely lacking a Home button on the front screen and having support for the second-generation Apple Pencil. Rumors have pointed to a possible change in design to one that is closer to the iPad Pro lineup in appearance.

While seemingly convincing, accessory producers generally examine rumors surrounding product launches, including design schematic leaks, and try to design their products around that data. While this allows for their cases to be the first on the market at the time of launch, it is a relatively low-risk situation, as the vendors can easily pull products with incorrect designs if the real thing differs from expectations.

There is no guarantee that the accessory vendors have correct data, and have fully-compatible accessories, ahead of Apple's launch event.

At the same time as the accessories first surfaced, serial Apple leaker Jon Prosser claims Apple is readying a press release for September 8, which will be published at 9am eastern time. Prosser adds that the time isn't "locked in" until members of the media are briefed beforehand, but promises to tweet an update if the situation changes.

The timing is seemingly a continuation of Prosser's earlier declaration that Apple would break with tradition for its product changes, with launches in its iPad lineup and the "Apple Watch Series 6" in the week of September 7. Rather than offer an iPhone during its famed September event, Prosser claimed it would instead take place on October 12.

Prosser has a relatively good record for product leaks, as well as being particularly prolific with details.

Other leakers have also suggested a September 8 event date followed by another in late October, but with the iPhones being in the first while iPad Pro and Apple Silicon Macs appear in the later version.

Apple itself has also seemingly added to the speculation, with its YouTube channel seemingly showing a "test" video stream set to commence at 1:15pm eastern time on September 10, before being removed from view.