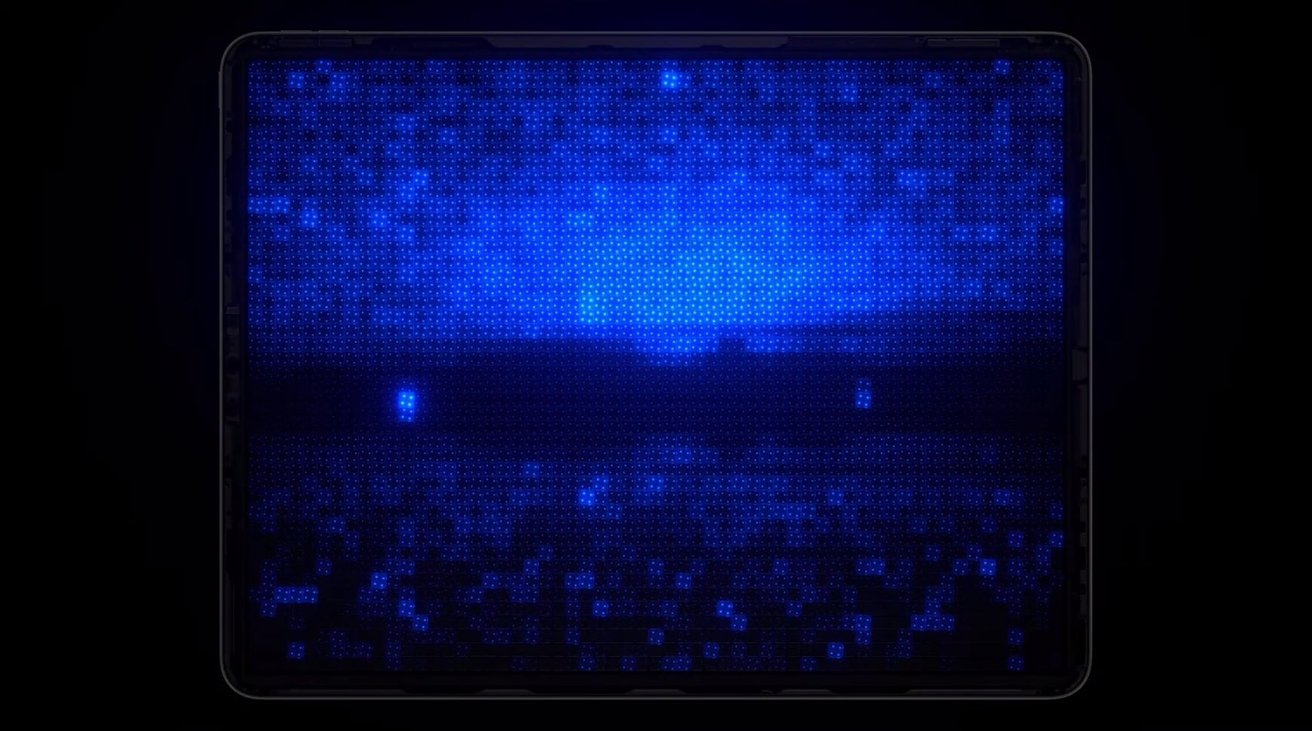 Apple's update to the 12.9-inch iPad Pro for 2021 introduces a new mini LED Liquid Retina XDR display, taking display technology used in the Pro Display XDR and shrinking it down into Apple's most powerful tablet to date.

Launched during the Spring Loaded special event, Apple's 12.9-inch iPad Pro differs itself from the 11-inch update with the use of a new display, which Apple refers to as Liquid Retina XDR. For this iteration, Apple is using mini LED technology.

Housing 10,000 mini LEDs behind its 12.9-inc screen, it uses considerably more light sources than the 72 LEDs used in the previous model. Overall, the display can output 1,000 nits of full-screen brightness and 1,600 nits of peak brightness. 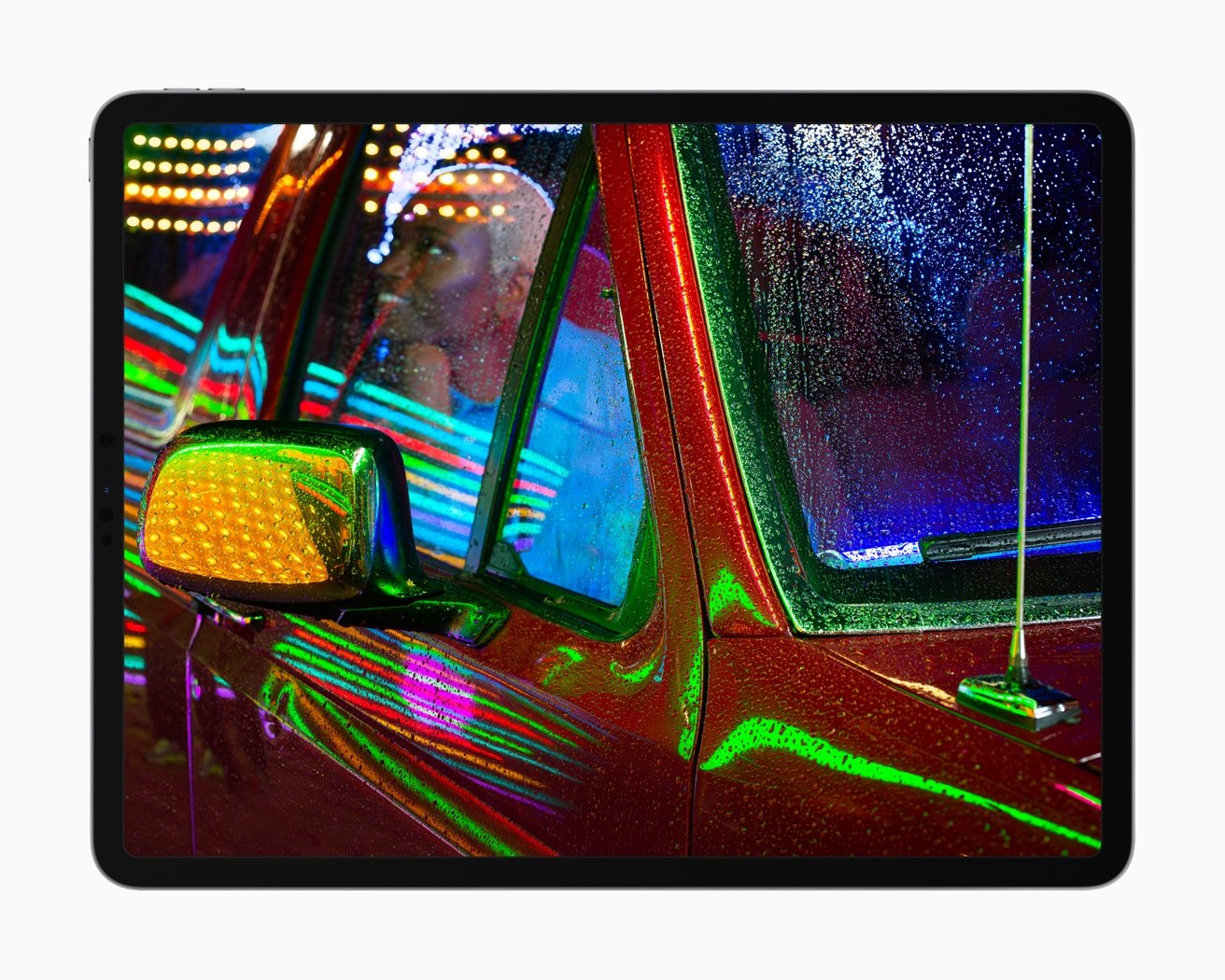 As well as the improvements to the display, the 12.9-inch model has the same screen features as the 11-inch, including ProMotion, True Tone, and P3 wide color support. Naturally it is higher-resolution than its stablemate at 2,732 by 2,048 pixels, giving it a pixel density of 264ppi.

Along with the display upgrade, it has the same internal changes as its 11-inch counterpart, including the use of the eight-core M1 chip with an 8-core GPU. It will be paired with 8GB of memory on the 128GB, 256GB, and 512GB-capacity models, rising to 16GB on the 1TB and 2TB versions. 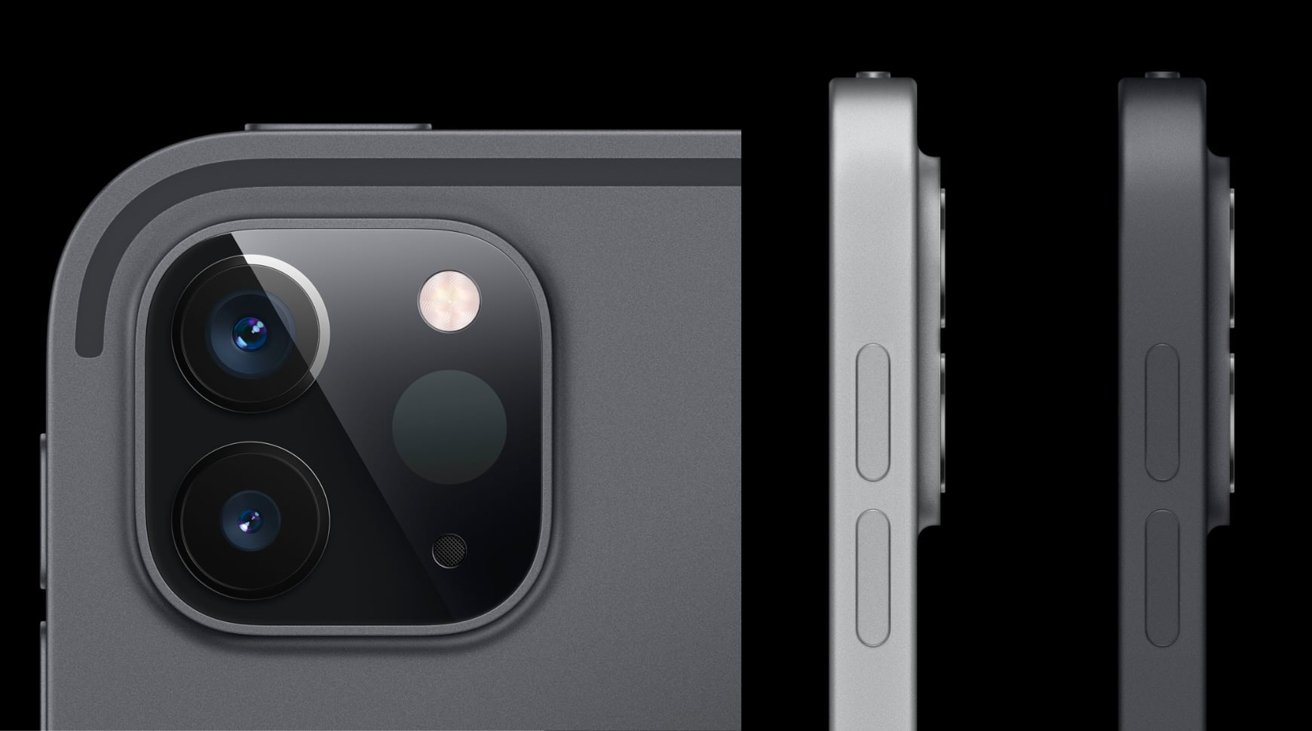 A Thunderbolt 4 port is in the base, enabling it to connect to external devices at up to 40Gbps. The connection also includes support for USB 4.

The updates also extend to having 5G connectivity, bringing it in line with the iPhone 12 in providing faster cellular Internet access to users.

On the back is the Pro camera system, combining 12-megapixel Wide and 10-megapixel Ultra Wide cameras and providing a 2x optical zoom out. The cameras are capable of 4K video recording at up to 60fps, with Slo-mo at 1080p 240fps.

Around the front, the TrueDepth Camera uses a 12-megapixel Ultra Wide camera and can record 1080p video at 60fps. Audio is the iPad Pro's usual four-speaker setup, as well as five studio-quality microphones for calls and audio recording.