The iMac Pro has been officially discontinued as of this afternoon, with the machine no longer available for purchase from the online Apple Store. 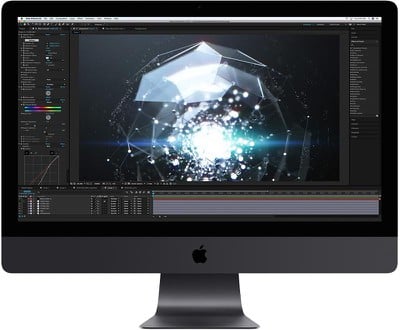 The ‌iMac Pro‌ went out of stock in the United States and other countries earlier today, and now, the ‌iMac Pro‌ page has been removed entirely from Apple's website.

With the ‌iMac Pro‌ page eliminated, there is no longer an option to buy an ‌iMac Pro‌ in the United States or in any other country, and the machine is no longer listed in the Apple Store app, nor does a search bring up ‌iMac Pro‌ listings.

Apple has also changed the Mac compatibility filter for the ‌iMac Pro‌ to say "2017" instead of "2017 and later," making it clear that there will be no more ‌iMac Pro‌ models in the future.

Apple first announced plans to discontinue the ‌iMac Pro‌ in early March, and said at the time that the ‌iMac Pro‌ would be available for purchase "while supplies last," but supplies have apparently dried up.

Though Apple has removed the ‌iMac Pro‌ from its website following its discontinuation, there are still a variety of ‌iMac Pro‌ models available from Apple's refurbished store.

Apple recommends that users who are looking for a high-end Mac choose the 27-inch iMac, which was last refreshed in August 2020. The current 27-inch ‌iMac‌ configured with a 10-core Core i9 processor is faster and more affordable than the standard ‌iMac Pro‌ with a 10-core Xeon W processor was.

Apple is also working on a redesigned iMac that will feature slimmer bezels, a Pro Display XDR-style design, and Apple silicon chips, so those who are seeking a powerful desktop machine may want to wait until the new ‌iMac‌ models come out later this year before making a purchase.