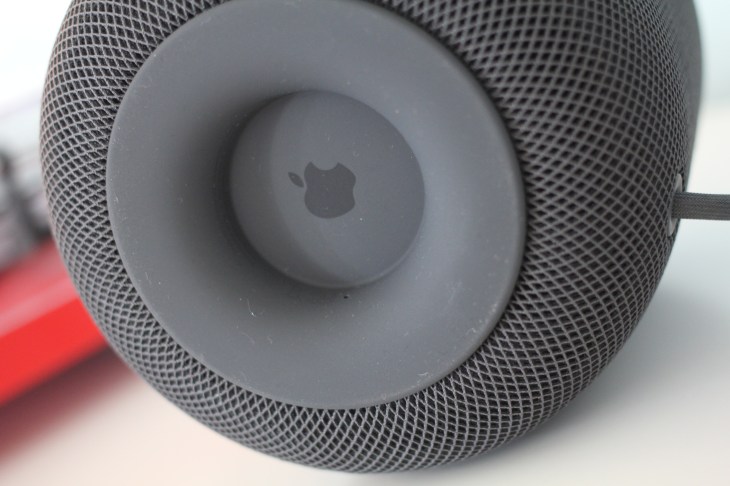 Apple has discontinued its original HomePod after four years. It says that it will continue to produce and focus on the HomePod mini, introduced last year. The larger HomePod offered a beefier sound space but the mini has been very well received and clearly accomplishes many of the duties that the larger version was tasked with. The sound is super solid (especially for the size) and it offers access to Siri, Apple’s assistant feature.

The original HomePod was a feat of audio engineering that Apple spent over five years developing. In order to accomplish its development, the team at Apple built out a full development center near its headquarters in Cupertino, with a world-class development environment with a dozen anechoic chambers, including one of the bigger anechoic chambers outside of academic use in the US. I visited the center before its release, noting that Apple took it the extra mile to get the incredibly complex series of tweeters and woofer that built its soundspace: But slathered on top of that is a bunch of typically Apple extra-mile jelly. Apple says that its largest test chamber is one of the biggest in the US, on a pad, suspended from the outside world with nothing to pollute its tests of audio purity.

Beyond testing for the acoustic qualities of the speaker, these chambers allowed Apple to burrow down to account for and mitigate the issues that typically arise from having a high excursion subwoofer in such a small cabinet. Going even further, there are smaller chambers that allow them to isolate the hum from electronic components (there is a computer on board after all) and make attempts to insulate and control that noise so it doesn’t show up in the final output.

I found it to be one of the best speakers ever made for the home when I reviewed it in 2018. From the booming base and well-shaped nature of the tweeter assembly inside; the cloth cover that was specially shaped to avoid interfering with sound quality in any way; the way that it sensed the way that audio was being shaped by walls and other obstructions and adjusted its output to compensate. It was the definition of ‘no effort spared’ in the speaker department.

The major gripe for the speaker at the time was the $349 price, which was at the top end of the home speaker market, especially those with embedded home assistants. A price drop to $299 mitigated that somewhat, but still put it at the top of the pricing umbrella for the class. Apple’s HomePod mini, launched last year, has been well received. Our Brian Heater said that it had ‘remarkably big sound’ for the $99 price.

Existing HomePods will continue to be sold but Apple’s website is already out of Space Gray. It will continue to provide support for existing HomePods. Apple seems to be betting on the mini going forward, which could point to their desire to fill every room with ‘good enough’ sound rather than to focus on the living room with ‘truly unbelievable’ sound. The HomePod itself never quite got to the level where it could act as a full home theater replacement, though paired in their multi-speaker configurations.

The HomePod research and production efforts will live on in some ways through Apple’s advanced audio rendering systems that led to things like Spatial Audio in AirPods. I quite enjoy the ones in my home and have yet to add any minis to the mix. Maybe a last minute hunt is in order.